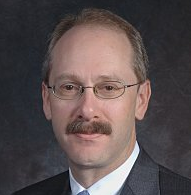 Scott J. Ward is a shareholder in the law firm of Gammon & Grange, P.C., in the Washington D.C. suburb of McLean, Virginia. Gammon & Grange, P.C. is a law firm whose members are committed vocationally to law, justice, and conciliation. From offices near the nation’s capital, the firm serves a national and international client base of both nonprofit charities and for-profit businesses.

Thanks to Christian Leadership Alliance‘s 2017 Webcast sponsor, National Christian Foundation. Every day, the team at the National Christian Foundation (NCF) serves generous givers just like you with creative solutions, like-minded relationships, and an online giving experience like no other. With God’s grace and provision, together, we’re mobilizing billions of dollars for the churches and ministries doing His work … around the corner, and around the world.