Is Great the Enemy of Godly? 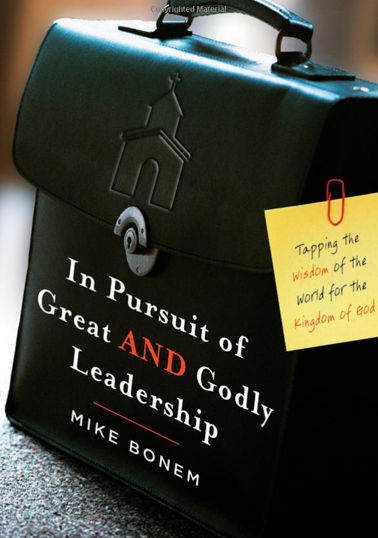 “Good is the enemy of great,” according to Jim Collins in the well-known opening line of Good to Great. Collins’s best-selling book has been a favorite guide for business leaders and has been equally influential for many leaders outside of business, including those in the church.

I am one of those leaders who have been greatly influenced by Collins. Having started my career in business, I readily recognized the relevance of Good to Great and similar resources for Christian organizations. But over time, I also realized that leaders in these organizations need to consider another question: “Is great the enemy of godly?”

Before answering this, let me step back and explain Collins’s assertion that “good is the enemy of great.” Many organizations, after having some measure of success, will declare themselves “good” and may not push themselves to become great. Greatness requires hard work, discipline, and intentionality that are not easily achieved.

Far too many churches and Christian enterprises are satisfied with being good. They look at their results at the end of the year and proclaim victory. If they meet their budget or add a few new members or have a couple of ministry highlights, they say this has been a “good” year. In truth, they’re saying that this is “good enough.”

Their standard is doing enough to preserve their comfort and to avoid any dramatic, unsettling changes. It’s an internally derived standard that ignores the reality of a world just outside the doors of the church, a world that is desperate to see and experience God’s message of hope. If we settle for good results, we will fall far short of the mission to which God has called us, and we will continue to slip toward mediocrity and irrelevance. Good is indeed the enemy of both great and godly.

So is God calling us to greatness? Or is great the enemy of godly?

If our mind-set is to do everything within our power, does that suggest self-reliance rather than dependence on God?

Does it mean that we are building our own kingdoms rather than God’s?

If we charge toward greatness with blind ambition, is it possible that we will overlook biblical principles in the process?

If this happens, then great can become the enemy of godly, and the church is no better off being great than being good.

But it is also possible that “godly is the enemy of great.” Before you dismiss this statement, consider your experiences around churches and church leaders. Have you ever encountered someone who used a spiritual smoke screen as an excuse for lack of effort or poor results?

I am not talking about genuine failures, those times when a well-designed initiative falls short despite prayer and hard work. I am talking about the occasions when leaders take a lackadaisical approach, expecting God to make up for their poor planning or minimal effort. It is the adult version of the student who didn’t study, prayed as the test was handed out, and expected God to give him recall of facts he never learned

Mike Bonem is an author, consultant, speaker, church leader, businessman, husband and father. This is an excerpt from his new book, In Pursuit of Great AND Godly Leadership: Tapping the Wisdom of the World for the Kingdom of God, copyright 2012 by Mike Bonem.

This is the last month to take advantage of our early bird pricing for the 2014 CLA National Conference in Dallas. Don’t miss the over 100 learning experiences and general sessions with leaders such as Francis Chan, Michael Oh, Philip Yancey, Nancy Ortberg, Rich Stearns and so many more!