What Happens When Plans Fail 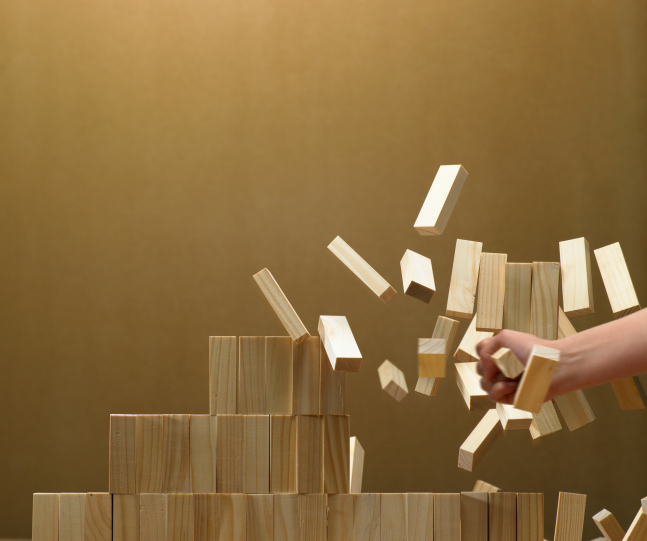 When corporate executives evaluate a new initiative, they will consider the “facts” and recommendations and then make a decision whether to proceed. Of course, facts are not always accurate and those implementing the plan are not infallible, so business plans may fail. When this happens, good leaders ask “why?” In some cases, the “why” question may lead to the dismissal of an individual who did a poor job in planning or leading the effort. In many cases, the company chalks it up as a lesson learned and moves on, expecting to do better in the future.

Peter Senge says, “Failure is an opportunity for learning … Failures are not about our unworthiness or powerlessness” (The Fifth Discipline, p. 154). Business experts know that creating an environment that encourages risk-taking and accepts the occasional but inevitable failure is important for a company’s long-term success.

Spiritual leaders have a huge advantage compared to their marketplace counterparts when a plan “fails” because of the added spiritual dimension. We have the benefit of knowing that our true worth is not defined by the success or failure of a plan. The fact that we are children of God and that nothing can separate us from His love is far greater than anything we might accomplish on earth. This assurance should also help us avoid the human tendency to blame others rather than learning from setbacks.

In dealing with failure, however, we also face two troubling issues. The first is that our work has eternal significance. Rich Stearns of World Vision (U.S.) was formerly CEO of Lennox, which produces and sells fine china. When times were tough at Lennox, he would sometimes say, “Relax, it’s only dishes. If we sell a few less, the world won’t end.” Now that he is leading World Vision, failing to meet a goal matters much more to Stearns. “It really is a life or death thing. If we lower overhead two percent, that might mean a thousand lives could be saved. There’s a lot at stake because of the nature of the ministry we have.”

A second issue is a spiritual crisis that can arise out of failure. If we have poured our prayers and our hearts into a plan which we believe will advance the Kingdom, only to see it “fail,” it can leave us feeling defeated and can shake us at a deep spiritual level. If the plan has been birthed out of a season of seeking the Lord, then how should we interpret its lack of success? If we’re not careful, we can allow this failure to undermine our faith. It is inevitable that we will fall short at times, but we can lean on God’s forgiveness to keep it from crushing us.

Ultimately, the way Christian leaders handle failure is closely related to how they handle success. They may say, “Give God the credit” when things are going well, but is that what they truly feel deep in their souls? In truth, too many leaders want the credit for themselves and feel their efforts are responsible for the success of the endeavor. If that is true, then the failure of other programs must also rest on their shoulders. Whether we are dealing with success or failure, pursuing God-inspired plans or reacting to God-directed detours, we would all do well to remember that God is in charge.

This is an excerpt from Mike Bonem’s book, In Pursuit of Great AND Godly Leadership: Tapping the Wisdom of the World for the Kingdom of God, copyright 2012 by Mike Bonem.