A New Battle for Hearts, Minds and Global Redemption 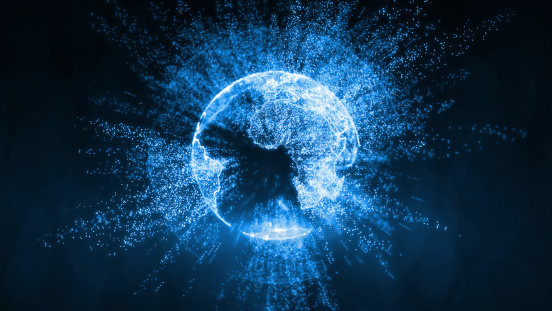 With the Internet becoming increasingly important for nearly everybody, I’m amazed to hear that so many Christian leaders and ministries are still reluctant to develop full-time online outreach.

The Internet is not a fad.

Usage continues to soar and there’s no sign of it slowing down.

In 2013, over 2.7 billion people are using the Internet, which corresponds to 39% of the world’s population.

Mobile-broadband subscriptions have climbed to 2.1 billion.

In the last four and a half years, the number of mobile app downloads has exploded, from essentially zero in early 2008 to a cumulative total of more than 70 billion by year-end 2012.

According to the latest edition of the Cisco Visual Networking Index, global Internet traffic is expected to increase threefold in the next five years, following fourfold growth in the previous five.

The last victory is at hand

Recognizing that the future of effective media outreach is at stake. The Internet in combination with radio and television presents the Church with a trifecta of weapons to reach people with the gospel from any source of media, anywhere they live, at any time day or night. Traditional media, including TV and radio still account for two-thirds of total U.S. household media time. BUT, the picture is changing fast as digital platforms continue to grow and have major effects on media consumption.

Knowing that we are in a war and one of its battlefields is media. A battle to win souls is taking place in the media. Our enemies have been conducting spiritual warfare through the media for decades. Digital technology has intensified the battle. “Watch out for your great enemy, the devil. He prowls around like a roaring lion, looking for someone to devour.” (1 Peter 5:8, NLT)

What will it take to win the war?

Peter Kreeft says, “All it takes is saints.” Media warrior saints taking the gospel online in the name of Jesus Christ, “In whose name the nations will put their hope.” (Matthew 12:21)

Can you imagine what would happen if just twelve leaders reading this post offered Christ 100%, embraced new channels of media, and held absolutely nothing back?

Gordon Marcy has spent several decades of his professional career in Christian broadcasting and is currently the founder and president of Glorystone.TV . Gordon is also an online missionary for Global Media Outreach.

In January the CLA Online Academy launches a new quarrter. Check out sessions scheduled to equip you to become more effective in your online ministry and presence. Registration closes January 6. Don’t delay!