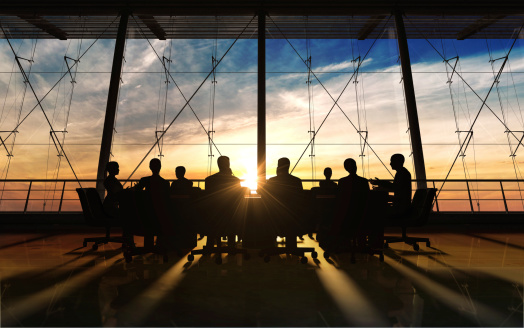 Effective, focused nonprofit organizational governance is hard to find these days in spite of hundreds of thousands of boards that oversee these organizations.

A clue could be found in the fact that among the countless print and online resources on governance, few base their approach on a clear understanding of stewardship. Yes, they talk about “fiduciary responsibility,” but mostly in the context of financial oversight. And they may even assent to the stewardship role of boards of directors, but then quickly move to procedural solutions for board involvement that focus on agendas, policy governance, or board-executive relations.

It helps to go back to the beginning to understand how crucial a clear understanding of stewardship is to proper governance. Three principle elements exist in fundamental stewardship:

From the first book of Scripture, God is affirmed as the divine Owner of all, mankind are His stewards, and the resources are the earth and spiritual truth. In classical times when stewards were an official role in society, many human owners of estates, farms and businesses had a steward who was their primary manager and overseer. Stewards were the managers of the resources belonging to others.

When the nonprofit corporate structure and governing laws were formalized during the colonial and revolutionary period in the U.S., stewardship was at the heart of this new type of organization. The young government didn’t want anyone to “own” the resources of the nonprofit, and so society-at-large was declared to be the “owner” and a board of multiple directors was designed as the official steward or trustee of the resources on behalf of the “owner” or society.

Later on the concept of society-as-owner was expanded to include other stakeholders such as donors, the local community, and even constituents. For faith-based nonprofits, the explicit “owner” of the nonprofit organizational resources is God while the implicit “owners” are society and stakeholders. The steward that oversees or governs the resources of the nonprofit organization on behalf of the “owners” is the Board of Directors

What does it mean, then, for Boards of Directors to govern the organization with the mindset of a steward?

First of all, it requires that the steward-board remain in close relationship with the owner(s). The steward needs to know the purposes, intentions and goals of the owner in order to manage towards the latter’s end goals. Boards need to be continuously in a posture of listening prayer to hear God’s desires and will for the organization. They also need to be in regular contact with the stakeholders, always trying to ascertain the collective wishes and goals of the stakeholders for the organization.

It goes without saying that this is not an easy task, since the simplicity of one owner, one steward in classical times has been replaced with an amorphous multiplicity of owners who don’t always speak with one voice. Hard as it may be, the responsibility for boards to govern, not as implicit owners, but as stewards, remains their most crucial responsibility in spite of the difficulties.

Second of all, steward-governance requires that boards embrace their one employee, the executive director, as both the chief manager of the resources and as an under-steward. On larger classical farms in Greek and Roman times, it was common for there to be a hierarchy of stewards because of the complexity of the operation. In similar fashion, today’s complex nonprofit organization also has a hierarchy of stewards.

The board is the chief Steward, primarily responsible for maintaining relationships with the owners, both explicit and implicit. The executive director is an under-steward to the board, stewarding/managing the day-to-day affairs of the organization through the staff, and ensuring that the direction declared by the board through the mission, vision and strategic objectives is met. And finally, the staff can be considered under-under-stewards as they individually steward their own talents, gifts and assigned resources.

Thirdly, steward-governance requires appropriate and frequent communication back to the owners to insure that the resources are being managed according to the owners’ wishes. Because nonprofit organizations have a multiplicity of “owners,” the board communicates their understanding of the collective intentions and goals of the stakeholders back to them through the mission/vision/values and the outcomes of the organization.

Stakeholder communication, both in writing and in person, is a primary responsibility of the steward-board. Although the staff generally assist the board in drafting professional communications, the board as chief Steward should take ownership of that communication just as classical stewards were required to “give an account” of their stewardship on a regular basis (see Matt. 24:19, Lk. 16:2).

Kent Wilson (PhD) is a leadership coach and nonprofit leadership specialist. After running nonprofit organizations for 30 years, he now serves as an executive coach with Vistage International in Colorado Springs, is co-founder of the Steward Leader Initiative, and frequently trains boards in steward-governance.

At the 2014 CLA National Conference there will be a whole track on Board Governance. Register today to attend the nation’s premier training opportunity for today’s Christian leader.