The Power of Photos 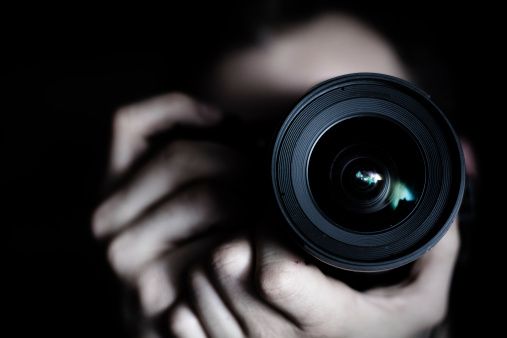 I’ve got a confession to make. I love words. And language fascinates me.

That won’t come as any surprise to those who know me. It was no doubt one of the reasons I was a foreign language major as an undergrad.

But as someone who has been involved in fundraising for 40 years, I know that if you have to depend entirely on words for persuasion as a fundraiser, you had better be an amazingly gifted wordsmith. One of the few “Golden Mailbox” copywriters.

The good news is that as fundraisers we don’t have to rely solely on words to persuade.  Generally, even great copy will pale in comparison to a compelling photo.

This was powerfully brought home during the Gulf oil disaster. For weeks, information had gushed from virtually every media outlet about the damage and growing threat of this environmental crisis. For some it was a big deal. Yet for many others it remained a big yawn.

An AP photographer, Riedel’s photos from East Grand Terre Island showed dead and dying seabirds smothered in brown sludge. In a photo that many of us can still remember, there was a brown pelican flailing near the water’s edge.  Its head is raised with one glazed eye staring into Riedel’s camera. With its beak agape, as if crying for help, it triggered powerful emotions in most viewers.

Such photos remind us that a picture is still worth a thousand words. Whether it’s oil-covered birds, flames devouring the World Trade Center towers, or a sole, courageously defiant citizen halting a tank in Tiananmen Square, we need to deepen our appreciation of the power of photos when it comes to arresting people’s attention and engaging them in our message.  As William Marston* put it:

“It’s too bad for us ‘literary’ enthusiasts, but it’s the truth nevertheless – pictures tell any story more effectively than words.”

Today, as millions of people are erecting increasingly elaborate perceptual defense mechanisms to filter out the ever-growing avalanche of unwanted communications and focus only on what’s of interest to them, the powerful use of photos can cut through these barricades like an acetylene torch. In fact, for many communications today, if you want to improve your effectiveness and impact, spend less time writing and more time finding or shooting “killer” photos.

A carefully written caption under the right photo will have readership far beyond the lengthy prose of your articles. In an age in which (for good or bad) the visual has triumphed over the verbal, powerful photos are also likely to have much greater emotional impact.  And today, that’s much of what persuasion is all about.

*For today’s trivia quiz, Who was William Marston?  Well, if you’ve ever taken the DiSC Profile, it was this Harvard trained psychologist on whose work the DiSC Profile is based.  Although his name isn’t well-known these days apart from psychologists, one of his cartoon creations is: Wonder Woman. Now there’s a picture worth a thousand words.

Larry Johnston is the president of McConkey-Johnston International, where he has spent 40 years working with leading Christian organizations,  consulting internationally in fundraising, strategic management, organization development and leading and managing change.

CLA is offering an Academic Experience at the 2014 CLA National Conference in Dallas. This package includes the Intensive Training Institute on 4/14, access to one-day forums, and of course over 76 different workshops.  Larry Johnston will be presenting an the ITI session, Permanent Whitewater: Leading Organizational Change. Be sure to check it out!