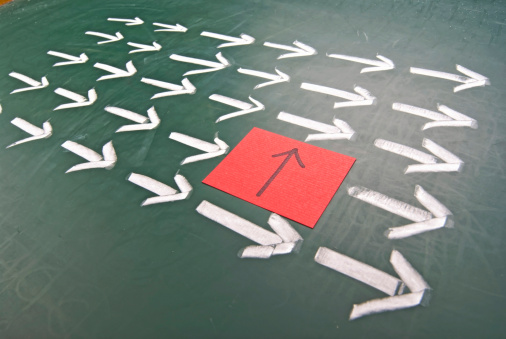 One of my personal leadership styles is to lead teams collaboratively through seeking others’ opinions and trying to lead towards consensus. However, on occasion I would approach a particular issue in a far more non-conciliatory or dictatorial manner. Team members were confused and accused me of being inconsistent, if not disingenuous. I try to explain that leadership isn’t always monolithic in its approach, and that good leadership uses a wide variety of approaches when circumstances require. Some are still unconvinced.

Leadership cannot be simplified to a singular approach. It not only expresses itself in a wide variety of models and techniques, but a good leader may actually be accused of acting in contradictory ways from time to time.

Dr. Dave Logan, lecturer at the USC Marshall School of Business and author of Tribal Leadership, said: “Leadership is aspirational, and it is also oppositional. Sometimes it almost looks bipolar. We know that effective leadership express core values, aspirations, hope and attraction, but it also can contain crisis, indignation, anger and even outrage. It is when these two “poles” of leadership come together that real power is available.”

Those who are steward leaders know all too well this “contradictory” nature of leading. There are times when leading is not safe, when it appears to be the opposite of what people expect, and when it confuses (at least for a time). Here are some of the specific ways that steward leadership is sometimes contradictory.

When the steward leader knows more than the human “owner”:

Since classical times when stewards managed the estates of Roman owners, stewards have always had an advantage that has also been a challenge: they generally know more about the resources and “mission” than the human “owner/s” of the resources.

Whether we’re talking about Executive Directors of nonprofit organizations or professional managers, steward leaders are more intimately acquainted with the organization, its mission, assets, etc., than the owner/s, stakeholders or stockholders. So how does a steward leader respect the opinion and objectives of the “owner/s” while at the same time not deny their own knowledge and experience? The Parable of the Unfruitful Fig Tree (Lk. 13:6-9) is a story worth studying of a steward that informs his master of a better way to manage a fruitless resource.

When “shrewdness” is required:

The Parable of the Shrewd Steward (Lk. 16:1-13) is one of the most controversial stories of a steward whose example is commended for shrewdness (or prudence) and trustworthiness. In part, the story raises considerable debate because of our assumption that steward leaders, who are expected to be trustworthy, cannot also be shrewd or prudent at the same time. But this is the very type of wisdom that Solomon exercised when he ruled to “split the baby” in 1 Kings 3:16-28, the kind of leadership that might offend some!

When people are both the mission and the resource:

How many of us have said, “People are our most important asset”? We believe in caring for, helping to develop, and empowering our staff, but they are also a part of the resources we steward as leaders. What happens when we have to make resource decisions that may disappoint even hurt some of our staff? That’s when the steward leader, and only the steward leader, can make the right decision.

What are some other contradictions that you have experienced as steward leaders? I’d like to hear your thoughts and experiences.

Kent Wilson Ph.D. is a business practitioner and nonprofit leadership specialist. After running  companies for 30 years, he now serves as an executive coach with Vistage International and as the Program Manager for Leader2Leader, CLA’s peer advisory program for nonprofit executives.