More Blessed: To Give or Receive? 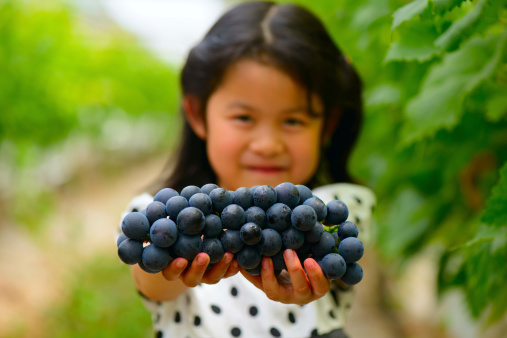 One of the most familiar texts in the Bible — that we remember from our childhood efforts to memorize key texts, and that has also taken on the air of an aphorism — is from Acts 20:35 in which Jesus is quoted as saying, “It is more blessed to give than to receive.” That statement engenders a variety of reactions, ranging from “You can’t be serious,” to “That doesn’t make sense,” to “The Bible must be true so I believe it,” to “Of course it’s true — I’ve experienced it!”

I learned that text early in life as a pastor’s daughter and experienced living examples of its meaning. Our family had come to the free world as refugees with almost no worldly goods. Growing up in South America, I observed as my parents, outfitted by their sponsoring church, shared what little they had with people in the Andes who had even less. In my teen years, as life began to improve, I continued to observe the generosity of my parents as they selflessly served immigrants in a notoriously poor and crime-ridden part of Brooklyn in New York City.

With that background, it was no surprise to me when in the ’90s I came across a book by Doug Lawson entitled Give to Live (Alti Publishing, 1998). In it, he extolled the virtues of generosity, using Bible texts which were familiar to me, to expand on the concept of “it’s more blessed to give than to receive.” Lawson’s book, however, did not receive a warm reception in all quarters, particularly for those who required research proof before they believed such a simple concept that generosity benefitted the giver as much as the receiver, or maybe even more.

However, we can now point to research that supports the principle. In the ensuing years since Lawson’s book was published, research by credible organizations has proven time and again the validity of the concept that those who are generous live longer, are healthier, and are happier.

1. Altruism is a basic human motivation.

The Washington Post reported in 2007 that if it feels good to be good, it might only be natural. Neuroscientists at the National Institutes of Health scanned brains of volunteers who were asked to think about scenarios involving donating money versus keeping it for themselves. They found that altruism is not a superior moral faculty that suppresses basic selfish urges but rather that it is fundamental to the brain, hardwired and pleasurable.

2. Generosity rather than acquisition promotes happiness.

In a 2009 Newsweek article, a survey reported that of 30,000 American households, those who gave were 43 percent more likely to say they were “very happy” about their lives. The conclusion was that when people begin to give, they free themselves from the acquisitive treadmill and find new meaning. Along these same lines, The World Giving Index, produced by the Charities Aid Foundation in the United Kingdom, reported on the strong link between the giving of money and happiness. Happy people, studies indicate, are more likely than wealthy people to give to charity.

Human beings appear to be genetically disposed to be happiest when they are selflessly giving to others, according to research conducted at the University of North Carolina and reported in 2013 in The Week. One conclusion reached was that humans tend to be unhealthy when they are devoted to self-gratification, while people who emphasize service to others and connection to community show a pattern of gene expression that results in less inflammation and stronger immunity.

In 2012 the Harvard Business Review told of a research study that people who give time feel happier and more effective, once again underscoring the physical and mental benefits of generosity.

We who raise funds for our organizations to aid humanity can do so with pride and not apology. We are not only carrying out the biblical command to do good to others, we are also taking part in extending that good beyond the recipient to the giver as well. We have the Bible as our guidebook, along with a research base that proves, once again, the truth of the biblical statements. What a winning combination that can guide our most significant work of fundraising!

Lilya Wagner, Ed.D., is director of Philanthropic Service for Institutions and is on the faculty of the School of Philanthropy at Indiana as well as St. Mary’s University in Minnesota.  This post is an excerpt from the Summer 2014 edition of Christian Leadership Alliance’s Outcomes Magazine. Subscribe to Outcomes.

REGISTER TODAY FOR THE OUTCOMES CONFERENCE.