Rooted in Christ: The Secret of Lasting Fruit 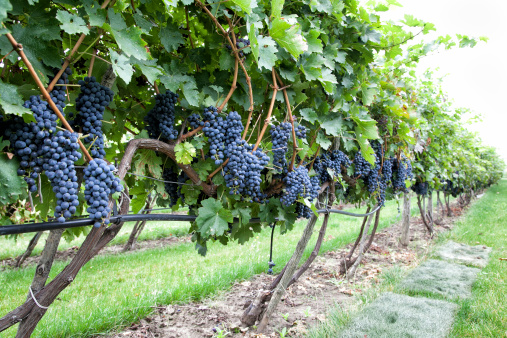 I love the verdant scene painted in Psalm 1:1-3. It portrays a vibrant, fruitful tree with leaves that don’t wither amidst heat or drought. The scene is especially poignant when one considers the arid desert-like landscape of Israel. Just imagine the wonder of seeing that flourishing fruit tree in the midst of such dryness.

The prophet Jeremiah similarly captured the importance of being rooted deeply in God: “But blessed is the one who trusts in the Lord, whose confidence is in him. They will be like a tree planted by the water that sends out its roots by the stream. It does not fear when heat comes; its leaves are always green. It has no worries in a year of drought and never fails to bear fruit.” (Jer. 17:7–8)

Today, we lead and minister in a parched and thirsty world. Ours are tumultuous times. Wars and conflicts rage from the Middle East to Africa to Eastern Europe and beyond. And with societal ills like human trafficking, the poorest and most vulnerable are being preyed upon. In the U.S., our culture’s moral values are in decline even as non-Christian forms of spirituality gain deeper foothold. The spiritually numbing effect of consumerism has also taken its toll. This is indeed a time of dryness.

And yet… hope stirs because of those who remain rooted in Christ.

The leaders, and ministries, represented by Christian Leadership Alliance (CLA) serve as Christ’s hands and feet to rescue souls and restore lives. These ministries show a thirsty world what it looks like to flourish in a time of drought. They are sharing the gospel, caring for the homeless, rescuing the orphan, protecting the unborn, alleviating poverty, fighting human trafficking, supporting the disabled, educating Christian leaders, guiding Christians into deeper walks with God, spreading Scripture worldwide and so much more. But we can’t do these things in our own strength. The impact of our work for Christ is related directly to the depth of our rootedness in Christ.

I had to learn this lesson early in my own career. A high-achiever by nature, upon graduation from college I sought to make an impact for God in Washington, D.C. After an internship there, God provided opportunities to serve as an adviser to both a U.S. Senator and a U.S. Representative, among other roles. While I sought to work for God, in my intense busyness I rarely found time just to abide in Christ or rest. Ultimately God showed me that I had it backwards, putting work for him before being with him. He graciously taught me that he’s more interested in who we are becoming in him, than in what we’re doing for him. Our work is an outgrowth of our relationship.

The secret to producing lasting fruit is daily living out the fruits of the Spirit: “love, joy, peace, forbearance, kindness, goodness, faithfulness, gentleness and self-control” described in Galatians 5:22–23. Nothing can replace the vital springs of living water provided through our daily walk with Christ.

It’s amazing how differently David saw the world than did King Saul and other Israelite warriors. David saw through spiritual rather than earthly eyes. While others ran in fear from Goliath’s taunts, David saw an opportunity for the God he knew, and trusted, to act and be glorified.

David shared with King Saul how as a young shepherd God had given him victories to protect his sheep. “The LORD who delivered me from the paw of the lion and the paw of the bear will deliver me from the hand of this Philistine.” (1 Sam. 17: 37)

In his book Leap Over a Wall (HarperCollins, 1997), Dr. Eugene Peterson encourages us to imagine seeing David there by that brook, armed only with a sling, gathering five smooth stones and placing them in his shepherd’s bag. Peterson says: “I see him kneeling – David kneeling at the brook, the one person that day who was spirit-healthy.”

As he knelt there he may have reflected on times God sustained him while out alone shepherding his flock. Well before he responded to Goliath’s challenge, David knew and trusted God. Even King Saul’s attendants had noted this, saying: “And the LORD is with him.” (1 Sam. 16:18)

As he faced the giant’s withering taunts, David reminded his foe: “You come against me with sword and spear and javelin, but I come against you in the name of the LORD Almighty….” (1 Sam. 17: 45) We know the rest of the story. David was right. God came through again, giving David the victory.

So, what about us? Do we lead with that same faith in God? Do we lean on his sustaining power?

A Cloud of Witnesses

In Hebrews 11, we read about those like David who were deeply rooted in trusting God. Hebrews 12:1 builds upon the previous chapter by saying: “Therefore, since we are surrounded by such a great cloud of witnesses, let us throw off everything that hinders and the sin that so easily entangles. And let us run with perseverance the race marked out for us….”

J. Hudson Taylor, founder of China Inland Mission. The life of this pioneer British missionary, who journeyed to China in 1853, was marked by dependence on God and deep prayer that sustained him through this incredibly challenging work. In his autobiography, he shares one of God’s miraculous answers to prayer, rescuing his ship from seeming certain shipwreck. Of the experience Taylor said: “Thus God encouraged me, ere landing on China’s shores, to bring every variety of need to him in prayer, and to expect that he would honor the name of the Lord Jesus, and give the help which each emergency required.” (Hudson Taylor, Bethany House Publishers, 1987)

His efforts bore fruit, not only in China, but beyond. In 1887, a young Irish lady named Amy Carmichael heard Taylor speak about the missionary life. His words stirred her heart, and soon she too was called to missions. She served God in India for 55 years, rescuing and restoring the lives of young girls and women, starting an orphanage, and launching the Dohnavur Fellowship to continue her work. In 1932 she wrote Gold Cord: The Story of a Fellowship (Christian Literature Crusade, 1992 printing) in which she highlighted the primacy of prayer and fasting to their work.

In each generation, such Christian leaders encountered the parched landscapes of their times, and yet bore fruit lasting through many generations. It is because they were first and foremost rooted deeply in the streams of God — focusing daily on prayer, Scripture and listening to God for their sustenance.

So, what about us? Are we deeply rooted in Christ? It is the time-proven secret to impacting a world thirsty for God’s grace.

W. Scott Brown is editor-in-chief for Outcomes. He serves as vice president of communications and lifelong learning for Christian Leadership Alliance. This post is an excerpt from the 2014 Fall edition of Outcomes Magazine.

True to CLA tradition, on CLATV you’ll learn from today’s high-impact thought leaders as they address topics relevant for all Christian leaders. Explore the regularly updated library of audio and video from more than 100 content providers for outstanding Christian leadership training based, all based on biblical Truth.