The Power of Perspective by Santiago “Jimmy” Mellado 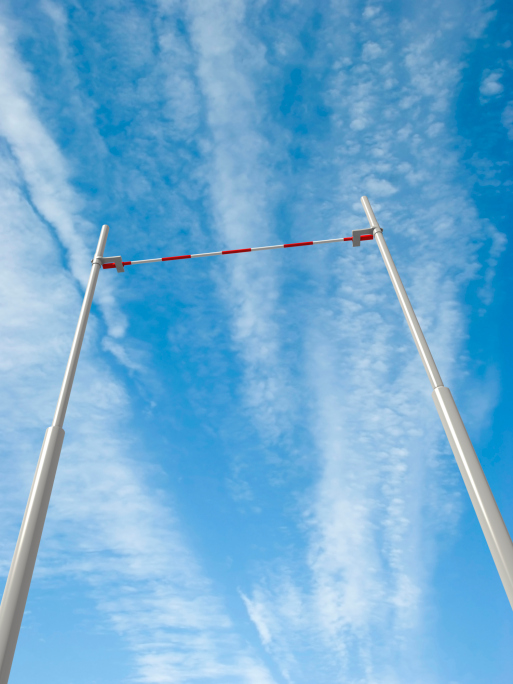 It was a mild September afternoon, 1988, in Seoul, South Korea. I stood on the field of the spacious Olympic stadium, hands on my hips, and surveyed the obstacle in front of me. The high jump crossbar had been set at nearly seven feet. My first attempt had failed. I had two more chances.

Becoming an Olympic decathlete isn’t easy. Sixteen years of training to become competitive in 10 separate track and field events requires complete and utter dedication. I had put in the work. But on this day, in this stadium, the odds seemed to be stacked too high.

The competition was broken into two groups. At 5 feet, 8 inches, I was the shortest jumper in my group, which included Daley Thompson, the world record holder in the decathlon. After several rounds, all the other jumpers in our group had been eliminated. It was down to just the two of us and Daley had just failed at his second attempt. He looked tired. I was tired too.

I don’t typically ask God to help me win at sports. I’m convinced God is much more interested in the internal “wins” than external human scoreboards. But on this day I said a quick, simple prayer. I just wanted to do my best. In that moment my view shifted. My eyes took in the entire spectacle of the Olympics. I marveled at the massive, two-tiered Olympic stadium. My eyes darted between the top of the imposing, two-tiered structure and the high jump bar. Suddenly that bar didn’t look so tall. I relied on my training, started my approach, visualizing my body clearing the bar. With all my might, I leapt…

So much has changed since 1988. I now lead a global ministry aimed at releasing children from poverty through Christian, holistic child development. Compassion International currently serves more than 1.6 million children in 26 countries. But our vision is inspiring us to build capacity to serve even more. We would love to one-day minister to as many as 4 million babies, children and students. That’s a very high bar indeed.

As you can probably imagine, leading an unapologetically Jesus-centric ministry in today’s social climate comes with its challenges. We are constantly being tested, prodded to conform to changing cultural climates in the West, while resolving to keep our focus on meeting the needs of some of the poorest children in the world. The challenges of being global can alone sometimes seem insurmountable.

But I remember back to that moment in the Olympic stadium and how seemingly irrational goals become rational when looked at from a different perspective. Perspective means a lot. Does it make sense for a 5-foot, 8-inch man to be able lift his entire body over a nearly seven-foot bar? Perhaps not. But when you look beyond the bar, and see just how small it becomes in the grand scheme of things, suddenly it doesn’t seem so irrational.

To some, the goal of ministering to 4 million children can seem irrational too. But when you take a step back and look at the total number of children living in extreme poverty around the world — some 400 million — now, all of a sudden, reaching 1 percent of them sounds reasonable.

When I launched my body toward that bar in Seoul that September afternoon, I knew I had given my best effort. Every muscle flexed at the right moment. Every bit of my energy focused on clearing the height. And I did. I managed to win my group by beating the reigning Olympic decathlon champion and finished 4th overall in the high jump. It was my best showing in the Olympics, placing me 26th in the decathlon competition.

That’s how we should approach ministry in such a time as this. We set our sights on goals that others may find unbelievable. But we can authentically believe in those goals because we have the training, the history and the calling. We pray. And then we jump.

Santiago “Jimmy” Mellado is president and CEO of Compassion International, a leading authority in holistic child development through sponsorship. He earned his MBA at the Harvard business school and is deeply passionate about Compassion’s church-based approach to ministry. This article is an excerpt from the 2015 Spring Edition of Outcomes Magazine.

If you need to shift your leadership perspective – Christian Leadership Alliance offers you many ways to do it. Explore and enroll in these exciting leadership training experiences: