An Interview with Christine Caine 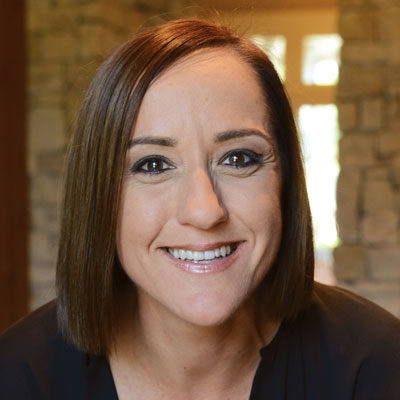 A member of the leadership team for Hillsong Church in Sydney, Australia, Christine and her husband Nick are also the founders of The A21 Campaign, an anti-human trafficking organization with the ambition of abolishing slavery in the 21st century. And Christine’s newest venture is Propel, which exists to honor the calling of every woman, empower her to lead, equip her for success and develop a sense of God-given purpose.

Christine has a heart for reaching the lost, equipping leaders, empowering the local church and championing the cause of justice. Led by Jesus’ last command to, “Therefore go and make disciples of all nations…” (Matt. 28:19a), Christine travels the world teaching the gospel and inspiring her audiences to connect with their God-given purpose and potential. Her books include Unstoppable (Zondervan, 2014), Undaunted (Zondervan, 2012), Can I have (and do) It All, Please? (Equip & Empower Ministries, 2009), A Life Unleashed (Equip & Empower Ministries, 2003) and more.

What are you seeing God doing around the world as you lead the A21 campaign?

We do have a global perspective. A21 has 10 offices worldwide. We’re in places like Asia, Eastern Europe, Western Europe, Australia, the U.S., South Africa and Ukraine.

Let me just say, contrary to what the naysayers indicate, God is alive and well. He’s moving sovereignly throughout all nations of the earth — just as he said he would. God has a heart of compassion. He is a God of justice. Whenever we start to move in the direction of bringing justice to unjust situations, we see God move even more powerfully because he’s already at work there. When you get involved where God is already involved, you tend to see a whole lot more God activity.

We’ve literally seen signs, wonders and miracles. I’ve seen miraculous turnarounds in nations. Through advocacy and hard work, we’ve seen laws change. I’ve seen nations like Greece and Bulgaria, where Russian and Albanian mafia traffickers have been jailed. This wasn’t happening before A21 was in those places. Now dozens of traffickers have been convicted and sentenced, and hundreds of girls rescued.

It shows what can happen if you go where God is and do the work of justice. It is definitely work. Many are enamored with the thought of justice. It sounds romantic. But when the Good Samaritan saw the man lying at the side of the street, he not only had compassion, he went to him. Sometimes there’s a disparity in the church between compassion and going. We like to talk about it. We like to blog about it. We like to wax eloquent, but there’s a lot of work to do. It’s not glamorous. It’s hard work in the trenches.

The theme of the Outcomes Conference is “time.” What do you think leaders need to pay attention to in this unique time?

Well, I think without a doubt there’s unprecedented terror on the earth. As I’m talking to you, we have offices in five countries that are at the highest terror alert. There’s so much political unrest, social upheaval and violence across the earth at this time. The world is living in fear. It’s crazy.

As Christian leaders, we have to realize we can’t just ignore the world anymore. Remember “for God so loved the world”? Too often we’ve operated in our own silos, getting on with our own little lives.

God purposes the times and seasons in which we live. He places us in them. God knew the world would be interconnected, and the technological advances that would be made. God knew the terror and pain humanity would be in right now. And he knew the perfect leaders to have in his church today to help navigate these times.

The children of Issachar both understood their times and knew what they should do. Unfortunately a segment of the church today doesn’t understand the times. They still live in a time that doesn’t exist. Or if they understand the times, they’re so fearful that they retreat from the world. They have no idea what to do.

I think it’s exciting to live in such a pivotal time in Christian history. God is raising up a generation of leaders who do understand the times and know what we ought to do. This world understands the language of justice, compassion and mercy. They want to see us live what we profess to believe.

Too often we have confused tolerance with endorsement, and have so blurred the lines. I think that by contrast the world will listen to us if we actually stick more strongly to our convictions. But it must be from a place of love that will cause the world to listen. The economic, political and social pain in the world is causing people to want to listen. I have never found it easier to proclaim the truth.

I don’t think people are looking for gray. People want black and white, as long as they know it’s from a place of love, grace and mercy. Truth sets people free.

I think I would say, “Church wake up! This is our moment to shine.”

Christine Caine will be a keynote speaker at The Outcomes Conference: CLA Dallas 2015, and will share her vision for women during the “Propel for Women Leadership Forum” on Thursday afternoon, April 16. This is an excerpt from her full interview featured in the 2015 Spring edition of Outcomes Magazine.