Leading a March of Fools by R. Scott Rodin, Ph.D.

The mood in the meeting tent was thick with anger, disbelief and frustration. Ten trained leaders were ready for action. Ten warriors were prepared for battle. Forty years of frustration was ready to be appeased and four decades of struggle and suffering was about to be assuaged. And now, this.

The Jordan had been crossed. The first site of Israel’s triumph lay just off in the distance. The people of Jericho were terrified. The walls were scalable. The main gates could be breached. The first sign of Israel’s power and prominence was about to be unleashed.  And now, this.

Joshua stood before his generals, heads of the ten tribes. He could see the uneasiness in their eyes and he felt the tension of restrained anger. It had been a week since the mighty army of Israel encamped within earshot of the voices of Jericho’s citizens. On the first morning of the battle, Joshua had announced a strategy no one understood but when he shared the story of the visitation of the warrior from God, everyone willingly obeyed.

Ten divisions fell in line and in full armor marched in parade-like fashion around the walled fortress of Jericho. It took less than two hours and they were back in camp sitting, waiting and wondering. Everyone trusted Joshua. He was the appointed leader for this time. He was a fearless warrior, a man whom God anointed for the invasion of the promised land. So they granted him this curious tactic and waited for the command to attack.

Nightfall brought anticipation that the next day would be the assault and inevitable victory over Jericho. Then the same thing happened on day two, then day three, and four, and five, and six.

On this morning of the seventh day things had changed. Loyalty was giving way to mutiny and Joshua knew it. His leadership authority was hanging by a thread. New rivals for power were being positioned and a coup was quietly discussed around late evening campfires. The generals and their armies were done with meaningless marching. The citizens of Jericho, once terrified at the sight of the massive army marching around them now stood on the walls to hurl rocks and insults down upon the plodding soldiers. Israel’s forces were being humiliated and they were emboldening their enemy. Supplies were running as low as the morale of the exasperated troops.

As Joshua looked into the faces of his generals, he knew his next order could be his last. He had spent the night in prayer, wrestling with God and pleading for some other way, some other orders he could give on this seventh day. But the words of the warrior of God were clear and absolute.

What lay before Joshua was the choice between military success as he had always known it, and absolute faithfulness to what God had called him to do. He had prayed and pleaded and now the choice must be made. Joshua looked out to the fortified city of Jericho. He could see the wide, trampled path that his armies had created in their six journeys around the city. The overnight rain turned the path to mud and the thought of one more trip around might bring this band of leaders to the boiling point. The decision lay before him, success his way or faithfulness God’s way?

Joshua spoke. “Today we will not march one time around Jericho.” The news brought smiles and sighs of deep relief to the ten.

Shemuel stepped forward and stood before Joshua. “Then when do we attack?”

Joshua straightened his stance and looked squarely at him. “We will not march once around Jericho today. We will march around it seven times.”

“No!” Shemuel’s defiant cry was followed by shouts of protest. Some generals restrained others from charging at Joshua.

Shemuel quieted the group and turned back to Joshua. “Why? Why must we march seven more times around the city? It will tire our troops, stretch our resources and encourage our enemy. It makes no military sense. Why would God bring us all this way to make fools of us? Other kings of Canaan will hear of this and their fear of us will be gone. Every battle will be harder. Every enemy will be emboldened. Why would God make this so hard when the city is there for us to take? Joshua, are you sure this is God’s will, or are you just afraid to lead us into battle?”

Shemuel said what everyone was thinking. The moment of mutiny was at hand. An all-out revolt was one answer away, and Joshua knew it. He drew his breath and spoke.

“God did not bring us to this land to show our power, but for His power to be seen. It is not our swords that will bring us victory us, but His presence and covering. It is not our cleverness, our strength or our leadership that will deliver Canaan into our hands, but the power and blessing of Almighty God. Without it, we will be destroyed. With it, we will be victorious. From this day forward everyone of you must commit to this one thing. We will seek God’s will and obey it regardless of what that requires, including thirteen trips around Jericho. If you cannot trust and obey God even in the face of seeming foolishness, you are not fit for leadership in his kingdom. So check your spirits right now. Who is willing to be a fool for God that His strength and power may be made known to all nations?”

Slowly, one by one, ten hands went up. This was the watershed moment for the leaders of the nation of Israel. By nightfall Jericho lay in ruins and the power of Almighty God had been demonstrated for all time.

Steward leaders seek to know and do God’s will no matter how foolish it may seem. Are you leading your people in God’s way? Is faithfulness your driving definition of success? Will you, like Joshua, choose to remain faithful and let God’s glory be seen? These are the marks of a steward leader through whom God’s power and love can flow.

R. Scott Rodin, Ph.D. has been in not-for-profit leadership and consulting for twenty-five years. He has served as counsel to over 100 organizations across the country and in Canada and Great Britain including colleges, seminaries, schools, churches, para-church ministries and other not-for-profit organizations. Visit his blog at Kingdom Life Publishing.  Today’s post is excerpted from March of Fools by R. Scott Rodin, to be published spring 2016. 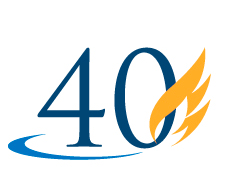 In April of 2016, Christian Leadership Alliance celebrates 40 years of equipping and uniting leaders to transform the world for Christ. We pay tribute to this milestone at the  Outcomes Conference: Dallas 2016.  The theme for 2016 is PERSPECTIVES. Join us as we celebrate the past, seize the present, and prepare for the future.  Best pricing for the event is now through June 30, 2015.