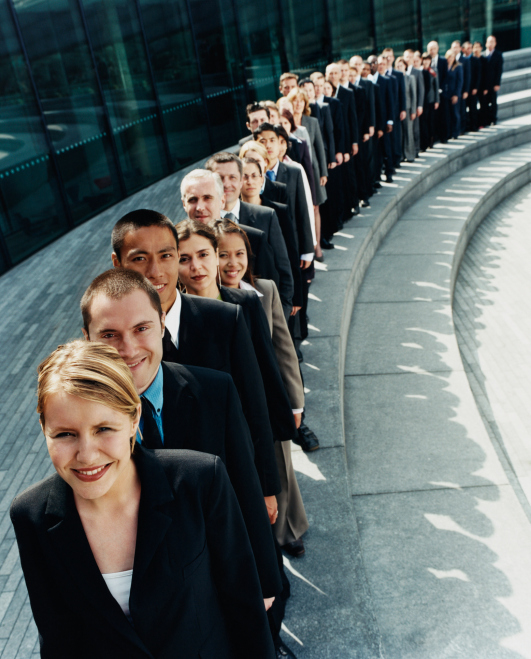 A succession plan is not complete without considering the role of the incoming successor. As the governing board brings continuity to the process and the departing leader leaves the personal example of integrity in the transition, the incoming leader must pick up these threads of succession and pull them through to unity around a common vision that will move the Christian organization another step forward in its God-given mission. The assumption, of course, is that the incoming leader is more than a manager riding on momentum, holding things steady or taking on the task of turning around a dysfunctional organization. If the governing board and the departing leader are true to their primary roles, the incoming successor will inherit an organization that is ready to move forward to the next stage of effective ministry.

The first task of the incoming leader is to dig for the historical, theological and cultural roots of the Christian organization. Incoming leadership that is severed from these roots endangers both the continuity and the integrity of the organization. Much is written about the current generation of Christian leaders being cut off from its roots and assuming that all of history can be rewritten in the script of their time in office. Such arrogance is not new. Throughout history, incoming Christian leaders have tried to reinvent the wheel of the organizations that they represent. The succession principle and process counters this arrogance. Incoming leaders, particularly those who are “newcomers” to the ministry, must give first attention to understanding the circumstances, convictions, attitudes and sensitivities that define the character of the organization they will lead.

The book entitled, The First 90 Days (Harvard Business Review Press, 2003) by Michael Watkins, is an excellent primer for the incoming leader. Readers will note ten key transitional challenges facing the incoming leader. After adopting a personal mindset that looks to the future, the author recommends a fast learning curve to understand the organization, not just its structure and systems, but also the symbols, norms and assumptions that make up its professional, organization and geopolitical culture. Incoming Christian leaders must go even deeper into this learning curve right at the beginning of their administration because the character of the Christian organization is shaped by its history, its theology and its culture.

Embrace the Past and the Future

At this point in the challenge of transition for the incoming successor, attention needs to be given to the past and well as the future. Before turning to the strategy for the next forward step, the new leader should take the time to honor his or her predecessor and recognize the inherited base upon which strategy will be built. Many sad stories come to mind about the relationship between predecessors and successors. We emphasize the importance of predecessors “standing out of the light” of their successors. Equal emphasis needs to be given to the importance of the successors honoring their predecessors. Even in iffy cases, something good can be said because, unless leadership has a total breakdown, the continuity of mission still flows from leader to leader.

Once the historical, theological and historical roots are firm and appropriate recognition has been given to the predecessor, the incoming leader takes up the challenge, which Watkins describes in The First 90 Days as “a unifying vision that aligns structure with strategy, builds the team and creates coalitions.” In Christian organizations this unifying step should have top priority because of our common love for God and each other as members of the body of Christ. We cannot assume that this virtue is automatic. Incoming Christian leaders have to work just as hard, probably harder, than their secular counterparts in relieving the anxiety and reducing the ambiguity of transition. The best way to do this is by accelerating relationally the transition of every individual and team, including informal groups. As my long-term mentor, Fred Smith Sr., used to say, “Nothing grows without the fertilizer from the footsteps of the boss.” There is no substitute for the love of Christ enacted in a unifying vision of personal and interpersonal relationships as our witness to the world.

Summing up our thoughts, when the governing board assures continuity of mission, the departing leader leaves the integrity of personal example, and the incoming leader presents a unifying vision, the drama of succession rises to its climax in the promise of Jesus to his followers that they “will do even greater things than these.” (John 14:12). When we are true to his trust, transformed by his truth and unified by his love in the process of succession, the gift of greater things awaits us.

Dr. David L. McKenna served as president at Spring Arbor University, Seattle Pacific University and Asbury Theological Seminary, as well as board chair at Spring Arbor University and Bakke Graduate University. As an author and consultant, he brings the perspective of experience to the subject of succession. His newest book is The Succession Principle: How Leaders Make Leaders (Cascade Books, 2015). This is part one of a three-part except from the 2015 Summer edition of Outcomes Magazine.