This week Christian Leadership Alliance presents a ministry profile: The Salvation Army. We give thanks for their faithfulness and 150 years of doing the most good…well. 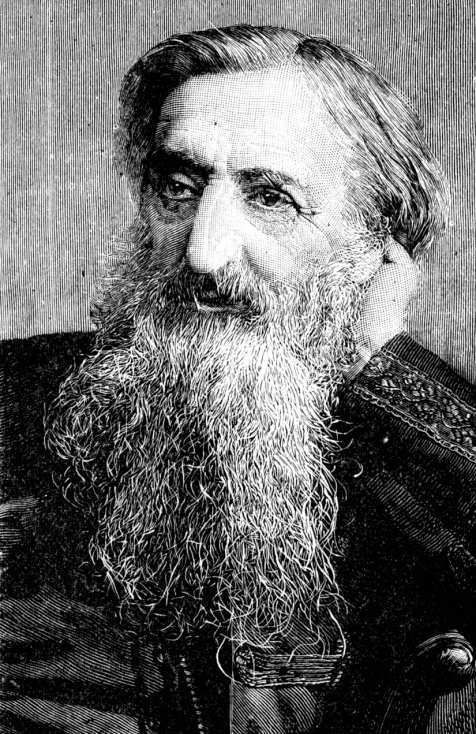 “Darkest England,” were the words General William Booth, The Salvation Army’s founder, aptly used to describe the London to which his Christian ministry was focused during the latter years of the 19th century.

General Booth, writing in his seminal work, In Darkest England and the Way Out, detailed “a vast despairing multitude in a condition nominally free, but really enslaved. These it is whom we have to save.” His manifesto based upon almost 20 years of street ministry foretold of how he and his devoted followers — indeed, his Army — would reach out to what he termed the “submerged tenth,” a destitute population of about three million souls he said were existing invisibly beyond the daily lives of others “in the midst of the unparalleled wealth, and civilization and philanthropy of this professedly most Christian land.”

“The denizens in Darkest England for whom I appeal,” General Booth wrote in 1890, “are those who, having no capital or income of their own, would in a month be dead from sheer starvation were they exclusively dependent upon the money earned by their own work; and those who by their utmost exertions are unable to attain the regulation allowance of food which the law prescribes as indispensable … I sorrowfully admit that it would be Utopian in our present social arrangements to dream of attaining for every honest Englishman a goal standard of all the necessaries of life.”

From its international headquarters in London that stand only miles away from where its founder took his first bold steps with a small cadre of followers, The Salvation Army today extends into 126 countries worldwide, with more than one million soldiers heeding the words of General Booth to provide aid to “suffering humanity” wherever it is found.

He decried the plight of the homeless, the children, the unemployed, the criminals, the “lost women” and the drunkards, and envisioned rescue homes, hospitals and schools, and importantly, an organization based upon a military-style structure with Christian values that would be a refuge for those whom society had marginalized.

“While it is important to remember that man has a stomach, it is also necessary to bear in mind that he has a heart, and a mind that is frequently sorely troubled by difficulties, which, if he lived in a friendly world would often disappear,” General Booth wrote. “Many a poor soul is miserable all the day long, and gets dragged down deeper and deeper into the depths of sin and sorrow and despair for want of a sympathizing friend.”

The organization today is a faithful, and vastly expanded, representation of the Army General Booth envisioned and founded 150 years ago this year. In the United States, The Salvation Army is a $4.3 billion a year faith-based social services organization divided into four territories: the Central Territory (headquartered in Des Plaines, Ill.); the Eastern Territory (Nyack, N.Y.); the Southern Territory (Atlanta, Ga.) and the Western Territory (Long Beach, Ca.).

There are 40 administrative operations divided among the territories called Divisions that typically cover a metropolitan area or specific regional area; reporting to Divisions are 1,200 community-focused units called Corps Community Centers serving a dual purpose of providing social services as well as the Army’s church for religious services.

Nationwide, nearly 4,000 officers, all ordained ministers, are charged with following their founder’s original mission of meeting human need in Christ’s name, without discrimination. The organization also employs 64,000 staff and works with nearly 3.5 million volunteers to serve in more than 7,500 centers of operation throughout all 50 states and Puerto Rico.

“We routinely use the analogy of war to describe our work,” says National Commander David Jeffrey, who has served with the Army since 1969. “In fact, Paul tells us to put on the full armor of God … the belt of truth buckled around your waist, with the breastplate of righteousness in place, and with your feet fitted with the readiness that comes from the gospel of peace … take up the shield of faith … the helmet of salvation and the sword of the Spirit, which is the word of God.”

In the United States alone, more than 30 million people each year receive assistance from the Army, from rent and utility assistance, to disaster aid, to drug and alcohol rehabilitation, as well as a myriad of other programs and services — the work today a sophisticated evolution of the work of their predecessors in London 150 years ago.

Even the most iconic of Army symbols, the Red Kettle, grew from an officer’s recognition that more needed to be done in his community, San Francisco. Back in 1891, Captain Joseph McFee set out crab pots where ferry riders from Oakland exited, with a sign that said, “Keep the pot boiling,” to raise money to feed the hungry at Christmas. Today, the Army raises nearly $150 million annually, through the Red Kettles and the bells ringing from Thanksgiving through Christmas Day. The donations raised remain in the communities where they are collected; supporting the foundation upon which Army operations began and are based today — meeting the need at its root. As Matthew says in Chapter 22, “You shall love your neighbor as yourself.”

The Army’s emergency relief is yet another example of the organization’s commitment to General Booth’s vision. At a national level, the U.S. government recognizes the Army as a key link in disaster response. Army officers, staff and volunteers are typically among the first at the scene of any major emergency, weather-related or man-made. Much like its approach to social services, the Army’s work at disaster sites is to provide immediate relief, then plan for the long-term recovery, using monetary donations and recognizing that the organization’s local network is ideally suited to help the same neighbors the officers have seen at Bible study, or daycare, or summer camp or serving a meal at the Army’s local homeless shelter.

Commissioner Jeffrey says, “The Army is reminded daily that need knows no season. Scriptures in both the Old and New Testaments reveal the compassion that drives officers, staff and volunteers to help. As Micah 6:8 reads: ‘He has shown you, O mortal, what is good. And what does the Lord require of you? To act justly and to love mercy and to walk humbly with your God.’ ”

The Salvation Army has been walking humbly, serving suffering humanity, for 150 years. The organization remains deeply relevant to society and has grown to become one of the most recognized and trusted brands in the world.

Consistent brand messaging has helped it attain that recognition. All communications are rooted in the Army’s brand promise.

Walk into any Salvation Army location and a visitor will see the organization’s brand vision, “Doing the Most Good.” Those four powerful words adorn trucks carrying donated items in communities across the United States, the Red Kettle signs at Christmas, national television and print advertisements, community center entryways, business cards — virtually any outreach from The Salvation Army. During the annual Thanksgiving Day football game featuring the Dallas Cowboys, “Doing the Most Good” is on signs throughout AT&T Stadium in Arlington, Texas.

“A brand is, quite simply, a promise,” says Stan Richards, founder of The Richards Group, the Army’s national advertising agency for the past 10 years. “It is a promise that any institution makes to its constituency that it must keep at every possible point of contact — so that every time they’re exposed to it, the brand is consistent.”

Richards, who has been involved with The Salvation Army for more than 40 years and is a Lifetime Member of the Dallas-Fort Worth Advisory Board, says that articulating the essence of the Army’s brand was a straightforward exercise. “The people affiliated with The Salvation Army stand out because of the passion and single-minded commitment they bring to the cause of helping those in need,” he continues. “To an amazing degree, they are living extensions of the Army’s brand day in and day out.”

A key element of The Salvation Army’s brand promise is encapsulated in the brand’s personality. In terms of human traits, the Army can be described as passionate, compassionate, brave, uplifting and trustworthy. Every piece of communication reflects that personality in its tone and focus, building awareness over time through the power of consistency.

The brand manifesto that conveys the heart of the Army’s message echoes the refrain – I am doing the most good.

Officers and staff throughout the entire organization embrace this manifesto, but it became more than just an internal document. One officer described it as the cry of the heart of the brand — something they all wanted to share. Today, you can find this inspirational piece framed and hanging in hundreds of offices, lobbies and hallways of Salvation Army buildings around the country.

Lt. Colonel Ron Busroe is the national spokesperson for The Salvation Army, USA. His experience with The Salvation Army includes serving as director of the Haiti Recovery and Development Office, as a corps officer pastor in North Carolina, Georgia and Florida, and as area commander in Tulsa, Okla. This post is an excerpt from the 2015 Fall edition of Outcomes Magazine.

It’s time to secure your place for the annual Outcomes Conference: CLA Dallas 2016. The details about all conference learning experiences are now listed on the conference website. Register now and take advantage of special rates!