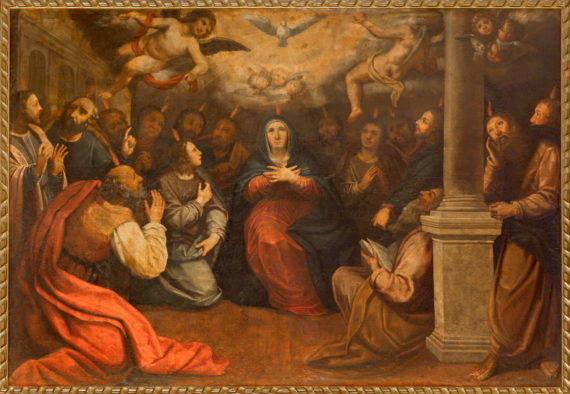 There are five characteristics that marked the apostles’ leadership.

We live in an increasingly spiritually dark and polarized world. Rapid change is a prevailing constant. Persecution is on the rise globally. Many nations are rapidly closing to overt Christian influence. A week rarely passes without news of terrorist attacks driven by religious extremism, or of governments passing legislation making it more difficult for religious workers to obtain visas and conduct ministry. Believers are imprisoned and perishing, yet we are still called to the urgent task of making disciples of all nations.

These words from the Apostle Paul ring more true each day: “But mark this: There will be terrible times in the last days” (2 Tim. 3:1). “In fact everyone who wants to live a godly life in Christ Jesus will be persecuted” (2 Tim. 3:12).

Our present day resembles the first century, when the church was born. Human history pivoted at the resurrection, suffering erupted among believers and the gospel exploded in places of deep spiritual darkness because of early church leaders like Peter, James, John and Paul, to whom Christ entrusted his mission. Amid today’s constantly shifting trends in fulfilling the Great Commission, I believe we, as leaders should return to the foundational characteristics of our faith’s first Spirit-empowered leaders.

What characteristics undergirded their leadership in a world of change?

Early church leaders were well versed in God’s unchanging Word and intentionally discerned his direction for ministry through devoted prayer. For example, when determining whether Joseph or Matthias would replace Judas, “They prayed, ‘Lord, you know everyone’s heart. Show us which of these two you have chosen to take over this apostolic ministry…’” (Acts 1:24–25).

In John 17, Christ prays for the unity of his followers. I believe one way that this prayer is exemplified is through collaboration between like-minded churches, ministries and organizations. In my experience, the more missions forces partner, the greater the potential for effective ministry outcomes. As King Solomon said, “two are better than one, because they have a good return for their labor: If either of them falls down, one can help the other up. But pity anyone who falls and has no one to help them up … A cord of three strands is not quickly broken” (Ecc. 4:9–10, 12).

As we look back to the early church and its leaders, collaboration was a characteristic that marked believers. They had a deep sense of unity, focused on taking the message of salvation to their neighbors, to the nations and to the ends of the earth. Their collaboration fueled the mission of God. As a result, “The Lord added to their number daily those who were being saved” (Acts 2:47b).

One of the greatest hindrances is pride, which deters us from much-needed change. The mindset of the ultimate leader — Jesus Christ — was one of unparalleled humility. In some of his most profound acts of humility, Jesus left the comforts of heaven to redeem a broken world, even washing the feet of his first disciples.

The Apostle Paul exemplified Christ-like humility. As a trailblazer in missions, he brought the gospel to the unreached world of his day and penned much of the New Testament. Despite his stellar religious resume, Paul identified himself as “less than the least of all the Lord’s people,” who by grace was given the ministry of taking the good news of Jesus to the Gentile world (Eph. 3:8). Rather than boasting in his work, Paul boasted in his weaknesses and recognized and rejoiced in other gospel workers who planted, watered and harvested spiritual fruit. He praised God as the only one who makes things grow.

One way we can model the humility of Jesus and Paul is to acknowledge that our ministries belong to God and yet are far from perfect. We should regularly reflect on what is and isn’t working, and humbly ask tough questions and respond honestly when our efforts are not bearing fruit.

As the world changes rapidly, leaders must be willing to constantly adapt ministry practices. Although we’ve historically structured ministry a certain way, it will not always continue to work today and in the future. The gospel we share never changes, but the ways in which we initiate spiritual conversations and access hard-to-reach places require constantly adaptable ministry plans.

Again, the Apostle Paul gives us a prime example of how this practically takes place in missions. He witnessed to Jews and Gentiles from diverse backgrounds, sharing the power of Christ where the gospel was unknown. To do so, he adapted his approach to share the gospel in a way that would be best received by his audience. The cultural context determined his strategy to the point where he could boldly state, “I have become all things to all people so that by all possible means I might save some. I do all this for the sake of the gospel, that I may share in its blessings” (1 Cor. 9:22b–23).

The same should be true for us. Rather than asking people to adjust to our ministry methods, we must structure our ministry to meet them on their level. That could mean creating oral ministry among illiterate cultures, addressing the physical and spiritual needs of refugees, using business as missions, learning languages to best contextualize the gospel, using technology to gain access in closed countries and so forth.

Ever since Christ’s ascension, obedience to the Great Commission has resulted in persecution. The cost of following Jesus is immeasurable for many of our brothers and sisters around the world who have been disowned, imprisoned or murdered for proclaiming Christ crucified among the lost. But instead of hindering the spread of this message, the suffering of believers has actually served as a catalyst for gospel movements in some of the spiritually darkest corners of the globe.

As missions leaders, it is likely — even promised, that the people we send out, and the local believers we partner with on the field, will endure hardships and persecution as we inch closer to Christ’s glorious return. Regardless of the consequences, our call is to persevere in faithfulness to our mission and to allow the Lord to use our suffering to expand his kingdom.

It can take centuries for great movements of God to break through. When the cost is high and the soil is hard, we must discern God’s will, collaborate with others, be humble in our approach, adapt to change and persevere in our trust of God’s promise to redeem people from every nation, tribe, people and language for his own glory.

Dr. Kurt Nelson is CEO of East-West Ministries International, a missions organization that seeks to glorify God by multiplying followers of Jesus and healthy churches in the world’s spiritually darkest areas. Under his leadership, East-West works in over 50 countries characterized as unreached or restricted access. This post is an excerpt from his article from the 2016 Fall edition of Outcomes magazine.

Start the new year strong by enrolling in the January Outcomes Academy Online.. This dynamic learning experience runs for 10 consecutive weeks and the content is covered in five, two-week sessions.  Registration is open now through January 16. Classes begin on January 23, 2017.

Applying the 5 Languages of Appreciation in Your Work Place

Assess and Strengthen Your Boars