Accountability: An Interview with David Nasser 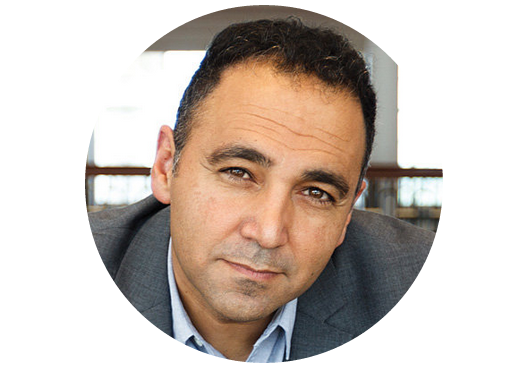 David Nasser shares his thoughts on accountability and leadership.

Nasser was born in Iran but left the country with his family at age 9 during the Iranian Revolution. After almost a year in exile, his family moved to America. At age 18, he rejected his Muslim heritage and became a Christian.

How do you build professional accountability as a leader?

“Accountability” is a word we’re rallying around this year as a theme. Here at Liberty University, I have about 100 people — both full-time and part-time employees — on my team. To build accountability, we do two things. We declare our values, and we evaluate our progress. We hold people accountable to those values. We celebrate wins and correct where needed. Let me walk you through each value.

HUMILITY ~ That’s not thinking less of yourself, but thinking just as highly of others as you think of yourself. It’s loving your neighbor as you love yourself. We celebrate it when we see it in our team. We also hold people accountable when they exude the opposite of humility.

HONESTY ~ If an employee says, “Hey, I want to say something to you,” and tells me the truth, even though it doesn’t feel good, they’re protected because we value honesty. They can always hold me accountable. It’s mutual submission. Even though I’m a senior VP and they might be an executive director, it doesn’t matter.

HONOR ~ I want to honor every one of my employees, just as I want them to honor me. We have a home-like atmosphere, but in living that out in a corporate space, it can move into dishonor. They can be like “Yo, Dave,” instead of “Pastor David” because I’m a friendly person. We sometimes must remind and hold them accountable that I might be their friend, but I’m still their boss.

HUSTLE ~ We love hustle. We hold people accountable to it. It is self-initiative and get-up-and-go. If it is 5:15 and you stay 15 minutes over — so what? No one can talk you into leaving because you love the job. You want this more than I want it. You’re not here for a paycheck. You’re here because you believe it, you bleed it. You hustle.

HOSPITALITY ~ The word hospitality contains the word “hospital.” There should be healing in our environment. I want our team to sense that and hold each other accountable. They’re hospitable toward each other. For every one of these values, outsiders should come in and say, “Oh, I see that in you.”

HOME ~ I know “home” sounds weird, but we really value this being a home. We don’t want to replace somebody’s home life, but we don’t want to contradict it either. I want employees to know that. Recently, the father of one of my VP’s had a lung transplant. He got the call, last minute in the middle of a meeting, as his dad had been on the wait list. Our whole team rallied. We stopped everything and just started praying. I think somebody used their frequent flier miles to get this VP and his wife there. That just feels like home. That feels like, “Man, we’re not just working together; we’re co-laboring together.”

We declare those values, the seven H’s, for our team. Then we evaluate our progress through this framework of accountability. We focus  by constantly asking:

Can you point to a critical inflection point that shaped the leader you are today?

My father kicked me out of the house for becoming a Christian. Some of that was my own fault. I was pretty immature and more into exercising my rights as a Christian than being salt and light in my home.

So I got kicked out of the house, and I just really needed a strong spiritual father in my life. God brought into my life several spiritual dads like Jay Strack, Rick Stanley, Franklin Graham, Dale Bynum and Benny Proffitt. These amazing men of God mentored me and poured into me. They also provided great accountability.

They forgave me when I made mistakes, but then told me the truth. When I talk about core leadership values, honestly I got them from them. These are values I saw in great leaders. I’m the leader I am today because of the people who led me yesterday.

Tell me what excites you most about the next generation of leaders?

Now I get to hang out with about 14,000 students on campus, and we have responsibilities for the 90,000-plus students online. Getting to speak into their lives and really hear from them, I’m thrilled and blown by away the audacious dreams of our students.

They have boundless willingness to think outside the lines and tackle things my generation would never have stepped up to the plate for. They hear about issues like sex trafficking and look at me and say: “Let’s solve it, let’s go, let’s do this, let’s roll up our sleeves, let’s raise money and let’s raise awareness.”

If anything, I find myself having to put a bridle on it and pull it back. Sometimes it feels overconfident. Maybe it was that everybody got a trophy at their Upward games, and so all think they’re winners. Or, maybe it’s that God has raised up a generation confident in their gifts.

What excites me about these future leaders is  their audacious dreaming and boundless energy to go and do things. I’m thrilled by it.

Today’s post is an excerpt from an articles featured in the 2016 winter edition of Outcomes magazine.

Great leaders can easily point to someone in their life that came long side of them and saw what they could not.

Do you  long to find someone to guide, coach or mentor you based on where you are right now and where you know you need to go?  If you are looking for the next Paul in your life, then consider engaging in the 1:1 Outcomes Mentoring experience.  CLA will help you find a leader who has the expertise and wisdom that’s right for you.

CLA is grateful for its 1:1 Outcomes Mentoring sponsors