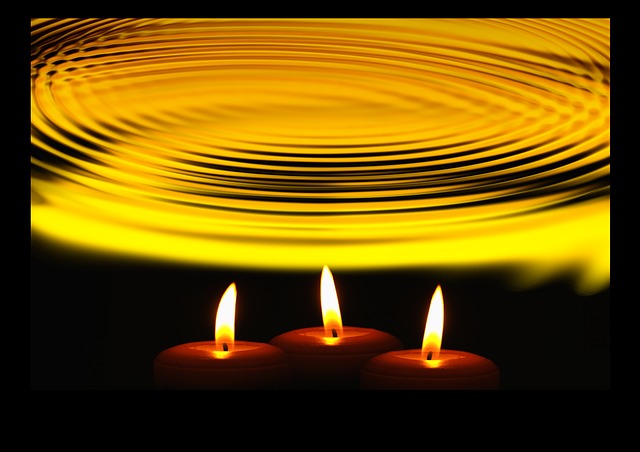 Here is what we learn from three unnamed New Testament characters.

Lately, in my daily walk with Jesus I am learning a lot from unnamed NT characters. Stewards that pastor churches and administrate ministries often look at named saints in the Scriptures for inspiration and instruction. In this post, I highlight my top three unnamed characters. I pray they inspire you too.

Jesus sat down opposite the place where the offerings were put and watched the crowd putting their money into the temple treasury. Manyrich people threw in large amounts. But a poor widow came and put in two very small copper coins, worth only a few cents.

Calling his disciples to him, Jesus said, “Truly I tell you, this poor widow has put more into the treasury than all the others. They all gave out of their wealth; but she, out of her poverty, put in everything—all she had to live on.” Mark 12:41-44

The widow captivates me not because of what she gives, but what is left after her giving. This teachable moment strikes me because Jesus wants the disciples (and us) to grasp that He sees what we give, and what we do not give. She holds nothing back and exhibits “all-in” faith. Jesus celebrates her sacrifice. Her example stirs me!

To some who were confident of their own righteousness and looked down on everyone else, Jesus told this parable: “Two men went up to the temple to pray, one a Pharisee and the other a tax collector. The Pharisee stood by himself and prayed: ‘God, I thank you that I am not like other people—robbers, evildoers, adulterers—or even like this tax collector. I fast twice a week and give a tenth of all I get.’

“But the tax collector stood at a distance. He would not even look up to heaven, but beat his breast and said, ‘God, have mercy on me, a sinner.’ “I tell you that this man, rather than the other, went home justified before God. For all those who exalt themselves will be humbled, and those who humble themselves will be exalted.” Luke 18:9-14

This scene strikes me because the Pharisee was me, and still can be me. Perhaps you agree, as pride crouches at the door of our hearts. Pride leads us to perform pious acts before people. Texts like Matthew 6:1-18 remind us that Jesus wants us to give, pray, and fast, but not to justify ourselves or gain recognition. Those who humbly give, pray, and fast before God are rewarded, and in this parable, only the humble man goes home justified. This tax collector is my second favorite because he taught me to pray, “Lord have mercy on me, a sinner.” He is a model of humility.

On one occasion an expert in the law stood up to test Jesus. “Teacher,” he asked, “what must I do to inherit eternal life?” “What is written in the Law?”he replied.“How do you read it?” He answered, “‘Love the Lord your God with all your heart and with all your soul and with all your strength and with all your mind’[c]; and, ‘Love your neighbor as yourself.’[d]” “You have answered correctly,” Jesus replied. “Do this and you will live.”

But he wanted to justify himself, so he asked Jesus, “And who is my neighbor?”

In reply Jesus said: “A man was going down from Jerusalem to Jericho, when he was attacked by robbers. They stripped him of his clothes, beat him and went away, leaving him half dead. A priest happened to be going down the same road, and when he saw the man, he passed by on the other side.

So too, a Levite, when he came to the place and saw him, passed by on the other side.

But a Samaritan, as he traveled, came where the man was; and when he saw him, he took pity on him. He went to him and bandaged his wounds, pouring on oil and wine. Then he put the man on his own donkey, brought him to an inn and took care of him. The next day he took out two denarii[e] and gave them to the innkeeper. ‘Look after him,’ he said, ‘and when I return, I will reimburse you for any extra expense you may have.’

“Which of these three do you think was a neighbor to the man who fell into the hands of robbers?”

Jesus points the way to eternal life by instructing the legal expert to love God and love his neighbor. He then defines what it means to be a neighbor with a parable about a man attacked by robbers. From here, irony abounds. The legal expert would have pegged the priest and/or the Levite to drop what they were doing and come to the aid of the man. Instead, a traveling Samaritan stops and shows compassion.

As a person who travels a lot. I have places to go and things to do. The Samaritan inspires me to be observant, to cross cultural divides, to surprise people with grace and kindness, and to have pity on those who suffer. This unnamed traveling Samaritan teaches me about love.

These are three of my favorites. They serve as examples of sacrifice, humility, and love. There are many more unnamed NT characters. Do you have a favorite? What does that person teach you?

In your next few staff meetings or small group gatherings, take turns sharing your favorite unnamed NT characters and how they inspire you.

If you want to get your momentum going, then you need to hurry and register for the Outcomes Conference 2017! Don’t miss out on this three-day leadership event that is  loaded with extensive training, thought leaders, networking, and spiritual inspiration.

Mark your calendars, book your travel and CLICK HERE.

CLA members that register four leaders at the same time earn a fifth one FREE.