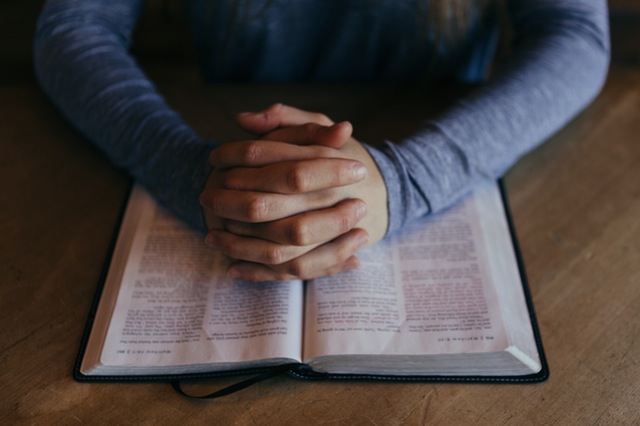 The Power of a Prayer Culture

If you want to ingrain one transformational habit into your company’s culture, may I suggest that none is more important than prayer.

Let’s be clear: There is no power in a prayer culture itself. The power is in Jesus. But prayer is the conduit, the beautiful collision where eternal Creator connects to finite humans.

Prayer is the currency of heaven. Anything heavenly about an organization runs through prayer. The Christian leader has encountered the risen Christ and realizes the only appropriate response is to pray unceasingly.

As Christian leaders, we see the work before us and the broken world around us. When we’re honest with ourselves, we clearly understand that prayerless efforts have no heavenly return on investment. Without a prayer culture, things may look good on paper, but the spiritual reality is tarnished and the hearts of workers are unfulfilled.

Today’s world is the most complex ever, and the Christian leader is challenged daily with how to answer this evolving complexity. With demands of all kinds, we find ourselves answering leadership decisions with temporal solutions that lack eternal vision and godly purity. That is exactly opposite of our eternal calling.

Why is prayer culture more important than anything else? Because prayer addresses the greatest problem in our organizations today, a problem we cannot fix: the human heart.

I have the privilege to serve at a Bible translation organization, Seed Company, founded and fueled in a healthy prayer culture. Prayer culture has the utmost importance in our organization because it is the only thing that keeps what we build from being destroyed, even though we might be deemed successful in the world’s eyes. I Corinthians 3:13 speaks to us now: “But on the judgment day, fire will reveal what kind of work each builder has done. The fire will show if a person’s work has any value” (NLT).

How can we ensure the everlasting impact all the work that we and our coworkers have labored for with our lives? What will guarantee eternal value? That guarantee only comes when Jesus truly pervades and reigns in every aspect of our organizations. That is only found in a biblical prayer culture.

As Seed Company’s manager of prayer, I witness daily the supernatural impact on the hearts of staff and our missional impact when prayer is given highest priority. We begin each day with a staff prayer meeting, which begins a natural rhythm for the team prayer meetings that flow throughout the day. We are beyond thankful to have a prayer room, a full-time intercessor onsite for internal needs, a part-time intercessor for “pipeline” projects, and a weekly prayer guide. From 2010 to 2015, we witnessed an unprecedented growth of translation projects with which we are engaged — from 370 to 864. A major factor in that growth was setting the standard to have 10 prayer partners for every one of our Bible translation projects.

Also consider Every Home for Christ. In 2003, the ministry built a prayer building called the Jericho Center. Currently, Every Home for Christ sees about 11 million people respond to the gospel per year. Before they put an emphasis on prayer, it was around half a million. Creating an official prayer leader position and space for prayer are the first steps towards experiencing God’s power in prayer culture.

You can think of prayer culture as a community relationship with Jesus. A worthy view of Jesus will produce a worthy prayer culture, making all the effort worth it. As leaders, if we see Jesus rightly, and we share and model this personal revelation, then providential momentum will transpire exponentially.

The best things in life require the greatest cost. Is a powerful prayer culture instantly experienced after you hire an official prayer manager and set aside building space for community prayer? No, it’s not that easy. We are talking about the central purpose of the kingdom of heaven on earth! Satan and the world oppose prayer more than anything because the victorious Christ enters the scene through prayer. Investing your organization’s resources into growing a thriving prayer culture will be the best decision you will ever make as a leader. See the flood of his grace abound with immeasurable momentum as his kingdom comes.

Solomon Lujan is the prayer manager at The Seed Company, a Bible translation organization with a vision for reaching every people group that lacks God’s word by 2025. This post is an excerpt from his article that appeared in the spring 2017 edition of  Outcomes magazine.