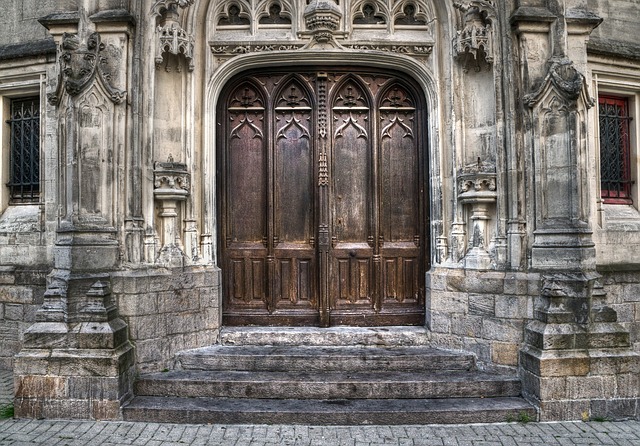 I have four insights for God’s workers as I turn fifty this year.

I’ve been in pastoral or parachurch ministry for more than half my life. As I reflect on this milestone, a passage from the Old Testament (OT) Law has been formative in my thinking. It’s helped me envision what my service should look like in the days ahead.

And the Lord spoke to Moses, saying, “This applies to the Levites: from twenty-five years old and upward they shall come to do duty in the service of the tent of meeting. And from the age of fifty years they shall withdraw from the duty of the service and serve no more. They minister to their brothers in the tent of meeting by keeping guard, but they shall do no service. Thus shall you do to the Levites in assigning their duties.” Numbers 8:23-26 (ESV)

Numerous insights emerge in this text for God’s workers. But first, let me emphasize that while life expectancies were shorter in the OT times than they are today, I neither view this text as prescriptive instructions for fifty-year-old followers of Christ today, nor will I adjust the figure to sixty-five or any other number. Because Jesus fulfilled the OT Law for us and set us free from its demands, I join the ranks of biblical scholars who, alternatively, read it as a descriptive portrayal of God’s design for His workers. In that light, here are four insights that surface in my view.

There’s a defined season for doing heavy-lifting or “officiating” God’s work. The Levites were “those who were attached to God’s house” and served as role models for the people, showing them how to live. God’s workers were to show people that work changed in the different seasons of life.

The word “withdraw” here does not mean “stop working” or to “retire” from work. It means to shift from one role to another. The work shifts from “waiting on the people” to “ministering” to those who waited on the people in order to “keep guard” of God’s work. This shift is not upward, but downward, as echoed and modeled by Jesus.

In the climactic season of ministry, mature workers support those doing the heavy-lifting. In modernity, they may appear as great board members keeping guard by putting their wisdom to work, or they could show up as capable volunteers, who are using their experiences and skills to assist those who are administrating the work.

This may be the most important insight. Mature workers never stop working! They don’t cash in their chips. They don’t play the part of the rich fool (cf. Luke 12:13-21). On the contrary, they stay the course and keep working to ensure that God’s work stays on track from one generation to another.

Recently, I was privileged to organize a gathering of 64 pastors, ministry administrators, accountants, financial professionals, and legal experts from 20 countries in Melbourne, Australia. At this International Accountability Summit, Dan Busby, ECFA president, exhorted those who had worked diligently to form peer accountability groups in their nations to champion the faithful administration of God’s work, namely, AfCAA in Kenya, CCFK in South Korea, CCTA in the Philippines, and CMASC in Australia, to “stay the course though they might never see the full impact of their service. Simultaneously, he urged those who had not yet done this heavy-lifting for Christ-centered churches and ministries in their nations to go to work.

Busby’s remarks illustrate precisely the message of this somewhat obscure OT text that I have been contemplating. Those who have worked diligently for years must model faithfulness in the changing seasons of life. Rather than retiring, their service shifts to supporting God’s workers and keeping guard over God’s work so it continues from generation to generation. In a phrase, they stay the course as faithful servants.

Where are you in this picture?

If you are in the early days of ministry service, perhaps go to work and look for mature workers to advise you. If you are around fifty, like me, consider joining me in reflecting on these biblical texts while asking God to guide you as to what shift(s) you need to make to continue to contribute, not by doing the work but by supporting others. And, if you are getting up in years, please stay the course.

The generations after you need you!

Gary Hoag, Ph.D., (New Testament, Trinity College, Bristol, UK), serves as a visiting professor at five seminaries, on part-time basis as ECFA International Liaison, and is known widely as “the Generosity Monk” because he has dedicated his life to encouraging Christian generosity. Subscribe to his daily blog at www.generositymonk.com

REGISTER TODAY for the BEST rates!