An Interview with James Ackerman

An Interview with James Ackerman, CEO of Prison Fellowship

He has long had a heart for Prison Fellowship’s work. Since his first visit to a prison, a 2004 tour of a Prison Fellowship faith-based unit, he has been a faithful prison ministry volunteer. He and his wife Martha have also coordinated Prison Fellowship’s Angel Tree program at their church, creating pathways for incarcerated parents to restore and strengthen relationships with their children and families.

Ackerman is a member of the second graduating class of the Colson Center’s Centurions program, now called the Colson Fellows program, and was personally mentored by Prison Fellowship founder Chuck Colson. He is a veteran of the U.S. Coast Guard. He and his wife Martha have two adult children and reside in Washington, D.C.

Tell me about your original connection with Prison Fellowship?

In 2004, as CEO of a NASDAQ listed company, I had gotten to a point where work was my entire life. It was affecting our marriage. It was impacting my role as a father. I had no involvement in my community. It was affecting all of my relationships.

So, my wife sent my son and me to a father/son retreat at Mount Hermon, a Christian retreat center in the Santa Cruz Mountains. As God would have it — and I’m a big believer in divine appointments — our cabin mates were Dick Paulson and his son Joseph. At the time Dick was the West Coast development director for Prison Fellowship.

Dick shared the work of Prison Fellowship. I told him I had always had a fascination with prison ministry work, and that I had been in a couple of churches with big prison ministries, but had never done anything about it. Dick said, “Well, I can fix that. Let me take you to prison.”

He did. I visited one of Prison Fellowship’s yearlong intensive programs. It was its own unit in that prison, referred to by others as the “God Pod.” The men in the God Pod were opening the door for each other. They were praying for each other. The unit was clean. It was orderly. People weren’t speaking in loud voices. It was peaceful. It’s not what I expected to see in a prison.

Later the warden took us on a tour of the whole prison. We went through the general population unit immediately next door to the “God Pod.” It was exactly what I expected a prison to be. Everyone had their game face on. People were separated by gang affiliation. The place smelled horrible. Everybody was cursing. It felt like it could erupt at any moment.

When I got back home I told Martha, “I just can’t wait to get back into prison.” A month or so later, God opened the door for me to start counseling a guy on death row in San Quentin. Later when we moved to Nashville, Tenn., I started teaching a life skills class for men coming up for parole consideration in Riverbend Maximum Security. I dove into prison counseling and ministry work.

As the new CEO, how have you communicated your vision?

I’m a big believer in communicating clearly and often. On my first day here at Prison Fellowship, I addressed all staff. I said, “I’m going to talk for 20 to 25 minutes, give some background on our journey, how my wife Martha and I got here, and then I’m going to take questions.”

I was told, “Nobody is going to ask you any questions. They’re going to be too nervous.” I did it anyway. I finished my talk and asked myself the first question: “What is your favorite color?” That got a chuckle and broke the ice. One by one, hands went up. I fielded questions for 90 minutes. People were keen to dig into my vision for Prison Fellowship and the future.

I am very fortunate in that at Prison Fellowship we’re not in a turnaround situation. In the absence of a president and CEO, Carl Dill, a board member who was formerly CIO of McDonald’s Corporation, worked with senior management to develop a 10-year strategic plan. I reviewed that strategic plan before my first day and said, “I’m not changing a word of this. It’s perfect.” My job is to lead us through that 10-year plan and add tactical detail as we go forward. And within a month of my becoming president and CEO, Carl was made Prison Fellowship’s board chairman. We now have wonderful continuity between our chairman, me and the senior team.

Let’s talk about donors. I meet many nonprofit leaders who are unbelievably uncomfortable with asking for money. Remember, as Psalm 24:1 says, “The earth is the Lord’s and everything in it.” It all belongs to God. Our job as nonprofit leaders is to help people whom God has given incredible amounts of resources to discern whether God is calling them to support our particular work and to help them find ways to do so.

There’s nothing manipulative in that. There’s no reason to be shy.

I know God has called Prison Fellowship to do the work we do, to serve incarcerated men and women and their families. The only question for me when I’m sitting across the table from someone of significant means is whether God is calling them to support us in accomplishing that work. That’s it. Asking for money is an important part of what we do, and it’s how we align resources with the work we’ve been called to do.

The interview is an excerpt from the 2016 Summer edition of Outcomes Magazine. 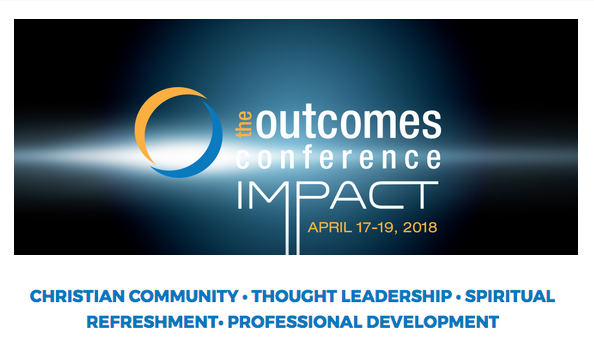