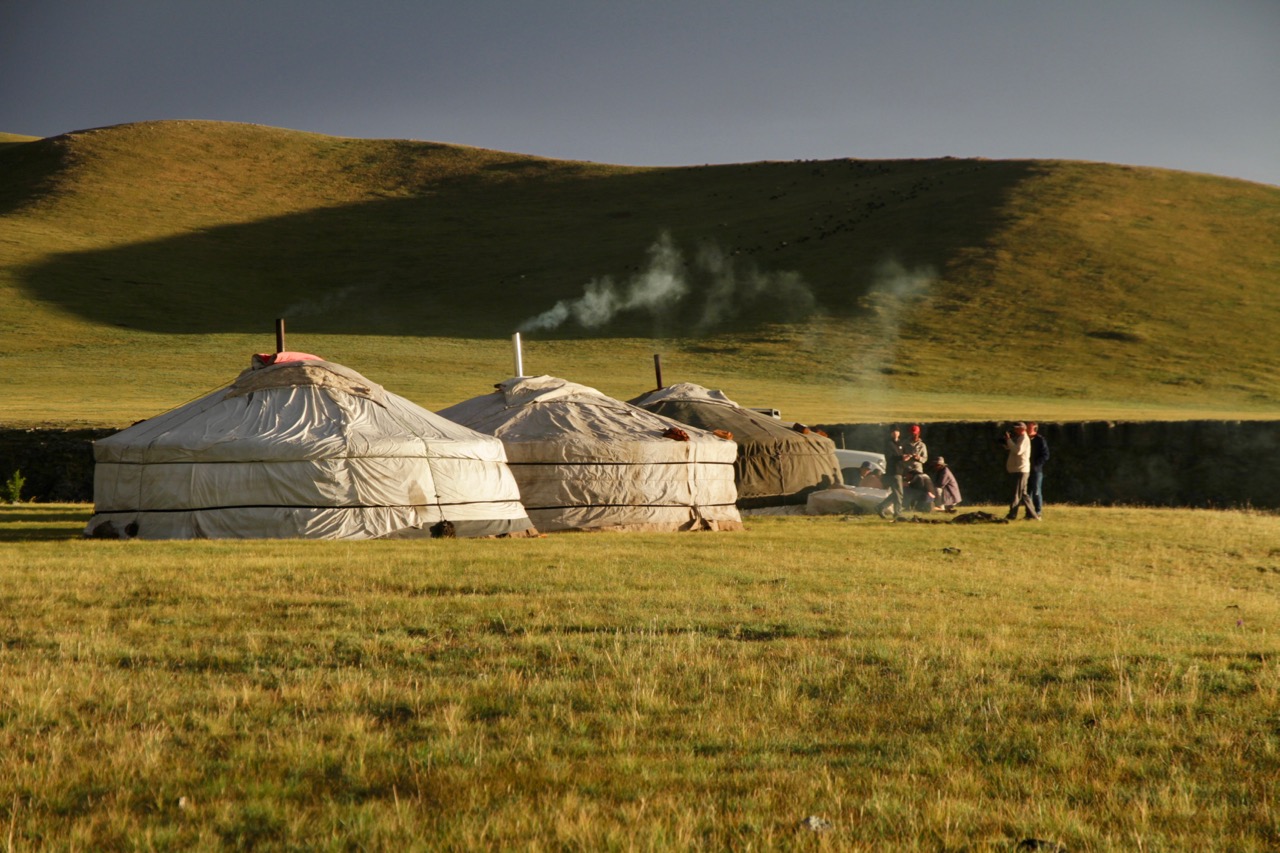 The Debts to Dump and One to Keep

On a recent trip to Mongolia I gained a new insights about debts.  I had the privilege of spending a few nights out on the land in a “ger,” which may be more commonly recognized by its Russian equivalent, the “yurt.” It’s basically a large round tent with a stove in the middle and cots around the side that double as chairs for enjoying mostly meat during meal times.

Mongolia has nearly the same land mass as Alaska for its three million people. Think: wide open spaces. As about half the population lives in Ulan Bator, that leaves plenty of land for this largely nomadic people to graze their sheep, goats, cows, yaks, horses, and yes, even, their Bactrian or Asian camels (the kind with two humps).

While driving back from a remote stream (at which we enjoyed sweet Christian fellowship with some generous Mongolians while fly fishing for Siberian trout), I was talking with one of my traveling companions, Travis Shelton, about debt. To put our conversation in context, Travis is a brilliant young real estate portfolio manager and church stewardship expert who helps families get out of debt so they have margin to live, give, serve and love generously.

We were struck by the fact that though Mongolia is a poor country with rich, mostly-untapped natural resources, the average Mongolian is probably doing far better financially than the average American. According to Murray Benn, an Aussie who has lived in Mongolia for the past seven years, the average Mongolian makes about $2,000-$8,000 per year, depending on where they live. Online studies confirm this. Americans average 10-12 times that amount.

Though most Mongolians appear very poor, their net worth likely surpasses most Americans. Consumer debt is not something many Mongolians have access to. Remember, most live in gers. A ger costs about $1,000 (US), and I imagine you could get a used one for less than that. Meanwhile the average American household, depending on which studies you read, has tens of thousands of dollars in consumer debt, auto loans, student loans, mortgages, and/or other forms of debt. The total sends average American household more than six-figures deep into debt.

If you, or anyone you know, has debt, here’s likely the three words of advice that Travis and I would offer you, and I celebrate his counsel as (God bless him!) he has worked with about 100 people at his local congregation, Prairie Ridge Church, in Ankeny, IA, to help set them free from debt to live, give, serve, and love generously.

Assess your debts and pay off your loans one by one.

Start with the smallest one to build momentum. To do this, you must live within your means and not go deeper into debt. Giving is abysmal in many churches not linked to sub-par biblical teaching, but because people are most Americans have no margin to give due to their debt-load.

Celebrate when you pay off loans.

Travis and his wife, Sarah, passionately help others because they, at one time, had about $235,000 in debt. While still swamped with it, Travis asked his wife what she wanted to do when they got out of debt. She smiled and said, “I want to get my nails done.” Now that they are debt-free, she gets her nails done monthly! This contented foodie couple models what it means to enjoy tasty morsels and simple pleasures.

Free others to live, give, serve, and love.

Travis and I were traveling in Asia to learn how to best serve Christians there. Back the States, he loves to help people get free from the shackles of debt, while I love to release them from bondage to the love of money. How can we help release people? In short, we enlarge their love for God. We sow biblical truths into their hearts. This helps deprogram the impact of destructive, consumeristic messages.

To resource you, I put together a small group series coming out later this year from Seedbed entitled, Good and Faithful: Ten Stewardship Lessons for Everyday Living. It’s not out yet, but mark your calendar to look for it later in 2017 at www.seedbed.com. Therein I help people develop a basic biblical theology and learn faithful practices for living abundant, fruitful lives. Travis plans to use it, and I commend it to everyone reading this post!

There is, however, one debt we must never dump. In the Apostle Paul’s letter to the church in Rome, he wrote, “Let no debt remain outstanding, except the continuing debt to love one another, for whoever loves others has fulfilled the law” (Romans 13:8). Why Travis and I work tirelessly to aid others? Love! God sent Jesus to pay a debt we could never repay because of His great love for us. We are blessed and just want to share that love with others.

Join us! Dump all debts but the continuing debt of love. Help people find freedom to flourish in the wide-open spaces of life and release rich generosity. And if you ever want to stay in a ger in Mongolia, we know a generous host!

Gary Hoag, Ph.D., (New Testament, Trinity College, Bristol, UK), serves as a visiting professor at six seminaries, on part-time basis as ECFA International Liaison, and is known widely as “the Generosity Monk” because he has dedicated his life to encouraging Christian generosity. Subscribe to his daily blog at www.generositymonk.com