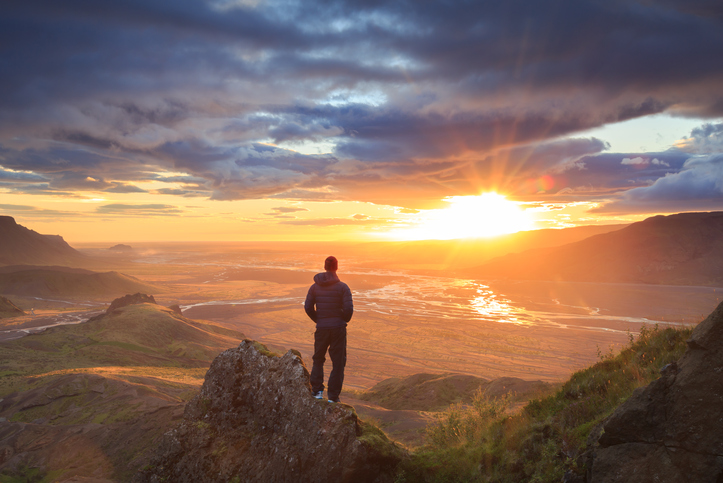 Like a cloud passing dramatically over a mountain valley, a leader’s character casts a profound shadow on the culture of the organization he or she serves.

“Do nothing out of selfish ambition or vain conceit. Rather, in humility value others above yourselves, not looking to your own interests but each of you to the interests of the others.” (Phil. 2:3-4)

“Senn Delaney was the first firm in the world to focus exclusively on shaping cultures. They popularized the phrase, ‘The culture is the shadow of the leader cast along over time.’”

I have seen the truth of that phrase. At the outset of my career, I served as an adviser to a U.S. Senator and U.S. Representative. Having worked and lived in our nation’s capital area for 25-plus years, I have observed the profound cultural shadow cast by our nation’s political leaders.

Sadly for some Christians today, there seems to be cognitive dissonance between their personal leadership values, and the values and character of some political leaders they support. We must not sacrifice principle on the altar of political expediency. The world sees that as hypocrisy, and understandably questions the veracity of our commitment to biblical leadership values.

The irony is that the character of a political leader impacts culture far more deeply than a leader’s public policy positions. A leader’s words, actions and attitudes are the bellwether of character, and the leading indicator of the cultural shadow that leader will cast. We should pray for our political leaders, but we should also hold them accountable for the cultural impact of their character.

In his book The Conviction to Lead, Dr. Al Mohler noted that for a leader, character is paramount:

“The effective leader knows that the expectation of character begins at the top. Those we lead expect us to live and lead in alignment with our convictions. They will not be satisfied with character that is lived out only in public, a pretense of our real selves. They are hungry and thirsty for real leadership and real leaders. They have seen where leadership without character leads, and they want no part of it.”

That’s the kind of leadership that our nation, and our organizations most need. But how can leaders create healthy life-giving cultures? McNicol offers this encouraging news in “Changing Leaders”:

“But, the ‘shadow’ can be a life-giving experience for an organization, when the leader is growing healthier.”

I love that McNicol says that the shadow of a leader’s cultural impact can be “life-giving” when the leader “is growing healthier.” It’s a process of continual growth, and that’s great news. No leader is without hope if willing to honestly evaluate his or her cultural shadow, and make the hard changes needed to grow and create a life-giving environment.

Ultimately, the key to “growing healthier” is being rooted in Christ, and reflecting the fruits of the Spirit:

Let’s examine our own leadership, and ask God to help us to reflect the fruits of the Spirit. As we humbly value others above ourselves, we will cast life-giving shadows on the organizations we serve.

What cultural shadow do you cast as a leader?

How can we create “life-giving” organizational cultures?

Is there a dichotomy between Christian leadership values and leaders valued by Christians?

Scott Brown is vice president for leadership experiences and resources for Christian Leadership Alliance (CLA), and editor-in-chief of the Alliance’s Outcomesmagazine. He holds master’s degrees in Communications: Journalism and Public Affairs from The American University and in Liberal Arts from St. John’s College, as well as a bachelor’s degree from Liberty University.

Check out the 2017 Winter edition of Outcomes Magazine.