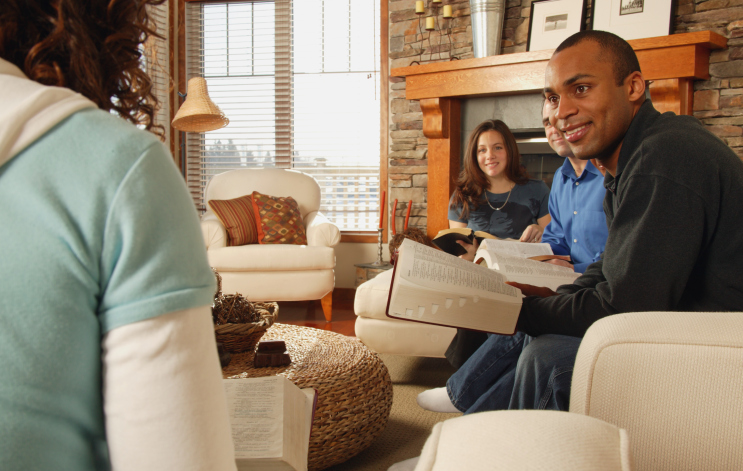 How to Initiate Generous, Paradigm-Shifting Discipleship

Our vision for generosity at GenerousChurch is to break the mold! To shake it up so that the people sitting in the seats of your church sense a spiritual tremor and ask, “What just happened?” We want to equip church leaders like you to unleash generous disciples.

The Reality of Jesus’ Earthly Discipleship

I relish picturing Jesus’ earthly ministry as a giant shake-up. I seriously doubt He was programmatic, boring, or even organized most of the time. Can you imagine the combination of shock, joy, and offense in the crowd when they saw Him healing on the Sabbath or talking one-on-one with the woman at the well? Most people were probably asking, “what just happened?”

When Jesus called the disciples, He said just two words. “Follow me.” And they did. This was His style of leadership development and discipleship.

The disciples took a very long walk with Jesus, following Him as He intersected spiritual brokenness, religious self-righteousness, and physical pain with the grace of the gospel. They watched their world set on fire with the intensity of His life – in word and deed. Being a disciple of Christ was a crash course in breaking the mold.

When Jesus Christ invited His followers to continue the journey after His ascension, He told them to, “Go and make disciples.” For Jesus’ disciples, following Him looked messy and it looked like people.

Call me crazy, but it would seem that our process of making disciples would mimic His. It might even involve inviting people to “follow Me” into a paradigm-shifting life. While I’m not knocking the traditional small-group-study-in-a-box, I imagine that following Jesus looks more like radical, relational action than like filling in the blanks on another page of notes.

I recently heard a wife recount the story of the Sunday her husband decided on an afternoon adventure. He had read an article about a local refugee family who had their bikes stolen. Upon sharing the story with their three children, they decided that there was only one logical way to spend their “normal” Sunday afternoon: getting bikes for the refugees and delivering them personally.

And so they bought bikes (giving special attention to the one for the young boy.)

And they hunted down the refugees’ home (with some hard core journalistic sleuthing.)

But no one was home.

And so they waited…and waited…for three hours (while the mom slowly lost faith in their harebrained “love your neighbor” scheme.)

Finally, as they took one more pass in front of the refugees’ home, shouts of “they’re home!!!” erupted from the back of the minivan.

It takes some bravery to knock on a stranger’s door and say, “Hello, I bought bikes for you.” But when they did, the refugee dad grinned broadly and exclaimed, “I like bike!”

The day finished with the two families celebrating the bikes by riding around the neighborhood, an ordinary culmination to a rather extraordinary discipleship adventure.

You see, the dad saw a chance to love his neighbor and brought his kids along for the ride. The children were discipled as they followed the example of their bold and generous father into a messy but deeply loving scenario.

“What does this story have to do with the church’s strategy to grow a generous congregation?” you ask. “Everything.” I’d say.

Hearing that story reminds me of a comment Andy Stanley made. I was detailing some troubling statistics about Christians and stewardship from the Barna Group when he interrupted me with, “Patrick, it’s not a stewardship problem. It’s a leadership problem.”

Andy’s comment raises a great question: What if fostering generosity at your church could be set on fire by a singular, “follow Me” focus by the church leadership?

I love the thought of you embracing your own discipleship journey of generosity. I seeing you and your church members become a, “What would you have me do today, Jesus?” kind of follower. And, we love it when you can celebrate the stories of bold, whole-life stewards in your church congregation who are growing in that direction because they are following your lead.

What’s the next step?

First, think about your current method of making generous disciples. What issues on the surface or below the surface are working? What is not working? Could there be a different way?

Patrick Johnson is founder of GenerousChurch™, a nonprofit organization dedicated to equipping leaders in churches to unleash whole-life generous disciples. For the last fourteen years, Patrick has contributed to the message of biblical generosity through organizations such as Generous Giving and The National Christian Foundation. His latest resource is entitled Overflow: A Life Refreshed by Generosity.