The Urgency of Trust By Dee Ann Turner 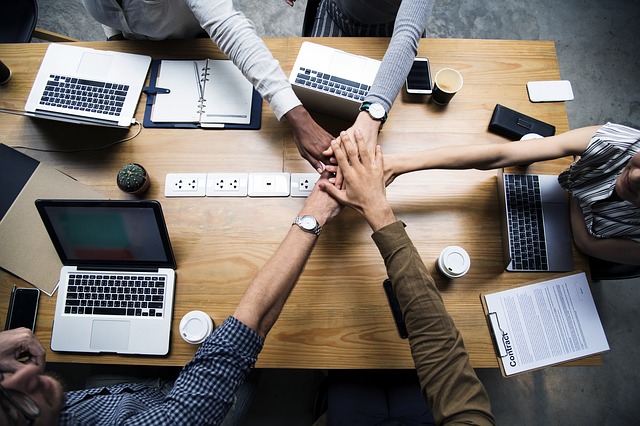 The Urgency and Power of Trust

In today’s uncertain climate, we see the level of trust people have in leaders of the business and political world declining rapidly.  The Edelman Trust Barometer for 2018 says, “People’s trust in business, government, NGOs and media remained largely unchanged from 2017 — 20 of 28 markets surveyed now lie in distruster territory, up one from last year.” Trusting others frightens most people. Without it, organizations cannot thrive and prosper. A lack of it pits us against each other and destroys morale to maintain the current culture and innovation to create a healthy future. I want to tell you about what I have learned about the power of trust and autonomy in leadership.

Trust matters. Whether it is between two people in a marriage, a friendship or a working relationship, or if it is the trust of employees to an organization or the trust of a congregation to the church staff and leadership, trust is crucial. It could be one of the most valuable components of leadership moving forward into the future.

In the past, leadership development focused on issues like leadership skills, doing the right things to climb the ladder and gain authority, and compete for positions of power within an organization. HR departments screened for personality traits indicating talent with the potential to lead and inspire others.

The world has changed.

Your title and what you did in the past rapidly depreciate in a world lacking values, integrity, and losing respect for authority. Instead, your ability to persuade others—most of whom you have no authority over—to follow you and join a collaborative effort around a common purpose and goal holds the key.

The name of that key is trust/trustworthiness.

A good name is to be chosen rather than great riches, and favor is better than silver or gold.

A good name means word-of-mouth trustworthiness. It means someone who possesses the integrity and trust that attracts followers and those leaders and followers accomplish amazing things.

Perhaps the greatest example comes from the Hebrew Testament, the book of Judges. Her name was Deborah and she was the only female judge in all of Israel. Living in an era when the ceiling wasn’t glass, it was cast iron and bronze and low. We read that people did what was “right in their own eyes.” Deborah stood in opposition to the downward spiral. She had a good name and the trust that goes along with it.

You know the story, Israel found itself under siege from the armies of Jabin, and with no way to defend itself. Jabin sent Sisera, his commander, with troops, weapons, shields, and chariots far more advanced than anyone in the region possessed.

Deborah, an autonomous leader, trusted God in a time when the infrastructure did not exist. She sent out and summonsed a man name Barak. She was a trusted leader; we can tell that from the fact he traveled the 70-mile journey simply to follow Deborah’s request. But she not only called him, she shared a goal, a mission and a purpose with him: to conquer Sisera.

She told him he would command 10,000 men from atop Mt. Tabor. Barak agreed only as long as Deborah agreed to accompany him into battle. That’s trust and admiration. Barak had no doubt about the truth of her words nor did he fear the enemy. We also know that God trusted Deborah; God trusted her so much he literally told her how the story would end—she told Barak they would be victorious and that a woman would be the one who ultimately kills Sisera.

We know the rest of the story, Barak trusted Deborah and Deborah trusted Barak. She went with him into battle and his men annihilated Sisera’s troops, to the last man. The sole survivor was Sisera. Just as Deborah said, Sisera died with a Bedouin woman’s tent spike through his head. Deborah did not let those who trusted her down. She trusted God and he found her to be a most trustworthy leader.

We, too, live in a time when people seem to live as if what’s true for you and true for me are different and values like trust and authority mean less than in the past.

The key to leadership today is trust and trustworthiness. When you possess integrity and an understood and well communicated set of values there’s no room for professionals with selfish motives or power-hungry intentions. Leadership based on trust takes at least two people and develops from an established relationship. Just as Deborah and Barak possessed trust, the one who trusts must take the risk, the leap of faith, and trust wholeheartedly; the trustee must be trustworthy.

Often the roles will reverse and the one who is trusted becomes the one who must trust. The leader with highly developed trustworthiness must also possess the risk-taking skill of trusting the followers. Being united around that common purpose provides the framework of an incredible bond.

Leaders who only possess the former “lead from the front” mentality of power, charisma, and vertical authority lack the skills necessary for winning trust, being trustworthy, and trusting others. Whether you choose to embrace the future of leadership of trust is up to you. Possessing virtue, establishing and communicating values and purpose, and winning trust requires time and effort. Leadership based on trust benefits everyone in the organization and beyond. What will you do to begin forging those bonds of trust with others?

Dee Ann Turner is Vice President, Enterprise Social Responsibility, for Chick-fil-A, Inc. She is the bestselling author of It’s My Pleasure: The Impact of Extraordinary Talent and a Compelling Culture.

Discover a place where a leader like you belongs.

The Outcomes Leadership Core powered by Lead Like Jesus

Registration for the Outcome Academy Online is open!