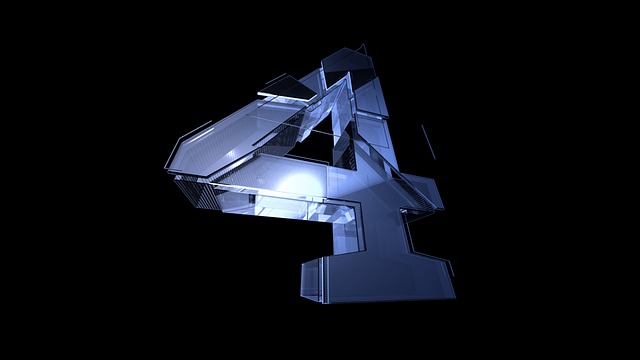 It’s time to Practice the 4Ms of Effective Communication

We all want to be effective in our communication. However, we often miss the mark with sometimes dire consequences that can damage our relationships. So, why do we communicate so poorly so often?

I submit that we get one or more of the 4Ms of Effective Communication wrong, which are:

Let’s say that you want to manage your finances better. So, you sign up for a financial management class. However, there is a problem. The class teacher is a friend who constantly borrows money from you and is on the verge of bankruptcy. Now, of course, this person could certainly have mastered an understanding that gives them the knowledge to teach a financial management course. But this person most likely would lack the credibility to be a good messenger for you. Accordingly, you would have difficulty receiving the message, no matter how well it was presented. You could face a similar dilemma when you are seeking to communicate an important message.

Your relationship with a person and/or your communication style may make you the wrong messenger in certain situations. Indeed, the most effective communicators have the wisdom and discernment to understand this critical point. They also have the humility to select the right messenger to make sure that their message gets heard.

One of the most important aspects of communication is to make sure that you are clear and direct about what you want to communicate. This is especially important in emotionally charged situations. Our emotions can cloud our judgment and make it more difficult to determine the facts from the fiction that our feelings often create. Accordingly, a very good strategy is to take a cue from Detective Joe Friday from the hit 1960s TV series called Dragnet. Whenever Detective Friday came across a crime scene and he needed to interview witnesses, he would say, “Just the facts…” After all, if you are not clear with yourself about what message you want to send, you should not be surprised that the receiver of the message gets it wrong.

Imagine that you lived in the 1700s and you wanted to communicate a message to someone. You really had very few methods to do so. You could deliver the message in person, which could be challenging given the expense and limited modes of transportation. Or you could write a letter, which could take months to get to the recipient. Given these obstacles, I suspect that folks were a bit more thoughtful about what they communicated because the limitations on communication methods made it more difficult to correct a misunderstood message.

Today, however, there are manifold ways to communicate, and this can present some real problems because people are not as thoughtful as they need to be about what method is appropriate. For example, I spoke to a young lady who was very hurt because the guy she was dating ended their relationship via a text message. Of course, given the sensitivity of this type of message, a text was clearly not the right method.

Moreover, as a manager, I have had to referee many interoffice situations when an email exchange turned into a full-blown conflict because the appropriate method of communication would have been a face-to-face meeting. And, no doubt, social media platforms like Facebook would be much more civil if, as a rule, folks didn’t post messages to others that they would not say to their faces. The bottom line is that giving significant consideration to the method of communications is critically important if one is to be an effective communicator.

There is an old saying that timing is everything, and this is certainly true when it comes to communication. I remember a few years ago when I was in the emergency room due to a serious medical condition. I was in tremendous and unbearable pain. Well, in the midst of my adversity, a hospital administrator entered my room because she wanted to discuss the bill. Indeed, it took significant restraint at that moment not to say something that I would later regret.

No doubt, you have experienced similar situations. Someone wants to share an important piece of information with you, but because it’s not the right moment, you are not able to receive it and a conflict arises. Indeed, the right message at the wrong moment is like no message at all. So, if you want to be an effective communicator, you will take great care to make sure that you get the moment right.

A Heavenly Example of the 4Ms

As a Christian, I always look for Biblical examples that illustrate principles, and there is a perfect one that demonstrates the 4Ms. It’s found in Luke 1:26-38, when Mary receives the message that she will conceive Jesus Christ.

In this case, the messenger is the angel Gabriel. Of note, Gabriel had delivered several important messages from God in the past. For example, in the Old Testament, Gabriel is the messenger of God who interprets Daniel’s visions. In the New Testament, Gabriel delivers the news to Elizabeth, Mary’s barren cousin, that she will give birth to John the Baptist. Moreover, the name Gabriel means, “God is our strength,” which is a message unto itself that conveys a key relationship with God and an authority to be a unique and powerful messenger.

That said, the message that Gabriel delivered to Mary was very clear and direct. Indeed, the message was simply the fact that she would conceive and give birth to the Christ child. And the method Gabriel used was to deliver this message to Mary in person because a relational connection was needed to allay her fears, and because news of a pregnancy, especially if it’s unexpected, is sensitive and requires an intimate communication method.

Finally, the moment was timed perfectly. First, Mary was in a betrothal period with Joseph, which meant that she was married but the marriage had not been consummated. This was important because Mary had to be a virgin when Christ was born. But also, Jesus needed to be conceived in a way that was consistent with God’s design—within the covenant of marriage. So, this was perfect timing, accomplishing God’s purpose without violating his design for how children should come into the world.

Second, Mary was alone, so the angel Gabriel had her undivided attention. Therefore, Mary had the ability to truly focus and comprehend the extraordinary message that she was receiving. Also, Mary needed to respond to this news and she did. She said, “Behold, I am the servant of the Lord; let it be to me according to your word.”

Once the message was acknowledged and affirmed, Gabriel departed. This, of course, made perfect sense because the 4Ms of effective communication was executed perfectly. Indeed, if God uses principles of the 4Ms to communicate to us, shouldn’t we use these principles to effectively communicate with each other?

Roland Warren is president and CEO of Care Net. Warren is an alumnus of Princeton University and the Wharton School of Business at the University of Pennsylvania. He has decades of experience in both the business and nonprofit worlds. Prior to Care Net he served as president of the National Fatherhood Initiative.