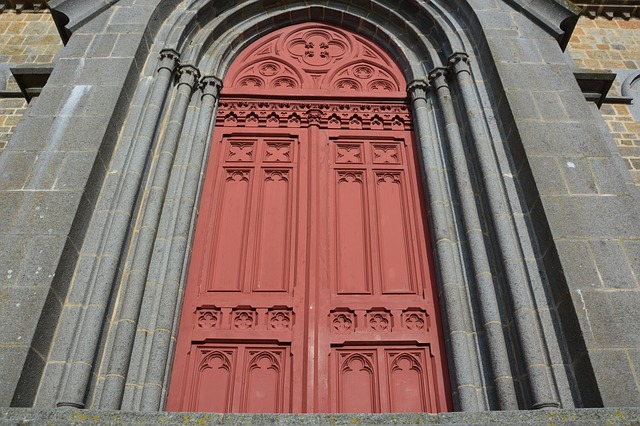 Did you know that great doors swing on little hinges?

I’ve heard it said, “Great doors swing on little hinges’ and at 5’2″, Lionel Mayell was a “little hinge.” Lionel had a huge impact on Christianity in the last century (and into the present day)—perhaps more than anyone else.

I choke up when I think of him. He was one of the dearest and most unforgettable people I’ve ever known. You may not have heard of him, but more than likely he has touched your life indirectly by those he has loved, influenced and helped. He has certainly touched mine.

Lionel will always be known as the Founder of the Condominium, but he was SO much more.

Lionel Mayell was the one who invited Billy Graham to speak at a Youth for Christ Conference in Los Angeles. Not long after that, Lionel was the one who suggested Billy Graham as the one who should speak at an evangelistic outreach in Los Angeles in 1949. After three weeks of the outreach, the committee in charge almost stopped it, but Lionel stood up and strongly encouraged them to continue. Because the outreach was so well-received and publicized, it went on for eight weeks, and we now know that was what God used to launch Billy Graham on his worldwide ministry. During the days of the L.A. outreach, the whole Billy Graham team spent many days and hours gathered in Lionel’s home.

Billy wrote these words to Lionel:

“My dear friend, my brother, Lionel Mayell, whose hospitality and generous spirit has meant many happy and precious hours of sweet fellowship. How God has used you in our lives. Both Ruth and I send our love.”

Billy and Lionel remained friends for the rest of their lives.

Bill Bright was the founder of Campus Crusade for Christ® (now Cru®).  He said of Lionel:

“Lionel was my dearest friend and confidante. From the early years in Los Angeles, I knew Lionel when he was in the toy business and I in the confection business. He saw the dream and calling of God on my life and encouraged me with words backed with the first check to start Campus Crusade for Christ. I could always count on Lionel to support and encourage me.”

Bob Pierce was the founder of World Vision and later Samaritan’s Purse. During the foundational years, Lionel Mayell gave generously of his financial resources to see God’s vision fulfilled. Bob Pierce considered Lionel a friend who stood through thick and thin.

Dawson Trotman was the founder of The Navigators. He said of Lionel:

“He was a man whose sole desire was to sincerely know God and make Him known. I cannot describe what Lionel has meant to me personally and what his encouragement and support have done for Navigators worldwide.”

Cameron Townsend was the founder of Wycliffe Bible Translators and JAARS. He said of Lionel:

“Lionel encouraged my vision for Wycliffe, gave financially and stood by our side. I respect , honor, and love him. The world honors so many of us: Billy Graham, Bill Bright, Bob Pierce, but none of us would be where we are if it had not been for this man who fanned the flame of vision and gave encouragement, never wanting anything for himself but to honor the Lord Jesus Christ.”

In a multitude of ways, Lionel and his dear wife, Dorothy, were like Jesus. His Spirit lived and loved through them. One of my favorite stories about them is shared by their daughter, Rita, in her new book about her father entitled, 5’2″ GIANT, Builder of Dreams. (Rita Mayell Enterprises, LLC August 2018)

Mom and Dad looked for ways to extend love to people who were often overlooked or disdained. One such group of people were the garbage men. Each week, they waited for the garbage men to make their rounds, and met them at the curb with a plate of homemade cookies and cold drinks. It was awkward for the men at first; they seemed a little skeptical. But Mom and Dad kept it up and eventually built relationships with them. They inquired about their families, and at Christmastime, Mom and Dad bought Christmas gifts for each of the garbage men’s children.

The next year at Thanksgiving, Dad called the company and secured permission from their boss to be excused from work for one hour for a Thanksgiving dinner at our house. Dad escorted the four garbage men into our home, seated them around our dining room table, and he and Mom served them a full seven-course Thanksgiving dinner on china with sterling silver flatware. Three of the four men did not know Jesus, but that day, all four left with Jesus in their hearts.”

Lionel and Dorothy remind us of Jesus’ words,

As with Lionel, may God give us grace to allow His Spirit to live and love through each of us … remembering great doors swing on little hinges .

…that their hearts may be encouraged, having been knit together in love. – Colossians 2:2

Ney Baily as been a staff member with Cru for more than 46 years. She has spoken extensively on university campuses, at weekend conferences and retreats, civic groups, to Congressional wives and diplomats. Her ministry has taken her to Europe, Eastern Europe, Africa, Asia, the Middle East and Canada.

Join us for The Outcomes Conference 2019. Register for the Three-day Experience and you’ll spend the first full day listening to thought leaders and engaging in collaborative workshops that will elevate you and your teams leadership skills, thinking and execution!

All Christian Leadership Members who register four people at the same time, earn a FREE registration!

Register before January 31 and SAVE.