Laughter Heals You By Matt Fore 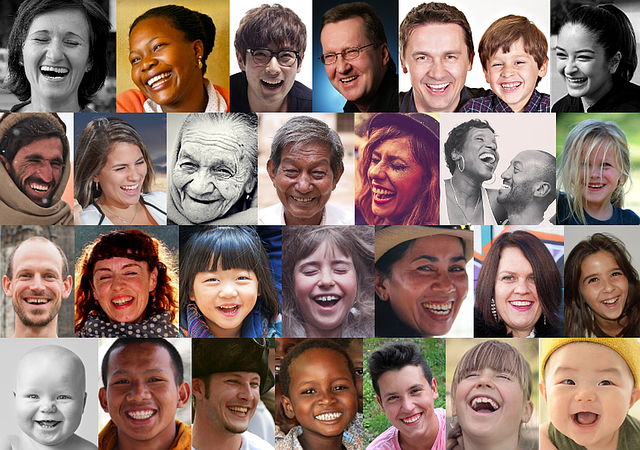 Why is laughter so important to all of us?  Well, there are exactly 9 billion medications now available over the counter according to a study I just made up in my head. So, perhaps it’s not quite that many. But it’s a lot.

The subject of illness is more prevalent now than ever as is evidenced by the many new elixirs advertised nightly on your television. Just the side effects alone will keep the medical profession in business for a very long time. And we all want that.

Yet as helpful as the pills, creams and patches are, there is one remedy that is readily available, highly effective and even more fun to implement than an injection. It’s Laughter. And many experts agree.

The famous proverb, “A joyful heart is good medicine” may contain more truth than you ever knew. My grandfather Pa lived most of his life with emphysema and was missing half of his lungs. He breathed in short breaths. A truly miserable condition yet his constant companion was humor. He quoted funny poems, sang ridiculous lyrics to songs and had a funny comment for almost everything.

My grandmother Theanie always had a chore for him to do and bellowed frequently across the house. She addressed him by his last named which, over the years, morphed into something that sounded like “Cawnton.” Not even close. “Cawnton! If you don’t get out here and fix this porch, I am gradually going through.” Pa yelled back with a smile, “As long as you go through gradually it won’t hurt you.”

There was never a sense of sickness around Pa. Instead of calling attention to his breathing impairment he whistled a happy tune. Every day. All day. How was he able to overcome his issue? With laughter and a joyful heart. Here are a few ways levity can, like my grandpa, help you heal and rise above your own infirmities.

When your mind is focused on a negative, that condition becomes larger. A broken toe can be debilitating if you allow yourself to think about nothing else. Laughter takes your mind in a different direction and even though it may be for a brief period of time, you are left with a new perspective and a fresh chance to begin again.

Have you ever been met suddenly by someone who just completed a jog and noticed how happy and excited they were? The smiles, the joy radiating from their face. Isn’t that irritating? What is wrong with those people? Are they on drugs? Yes. Exercise releases a happy endorphin naturally to give an actual buzz suitable for Christians.

Fortunately for the non-jogger types, laughter creates the same effect. Oxford psychologist Robin Dunbar explains in her article “Scientists Hint at Why Laughter Feels So Good,” that it’s the physical exertion from laughter that triggers an endorphin increase, a chemical in the brain known for that feel good effect.

A Boost to the immune System

Believe it or not, laughter helps produce the antibodies that prevent and fight infection by activating the immune system. A natural phenomenon which increases the number of t-cells and produces immunoglobulin A which is a word so big it can stand up to nearly any disease. And a hint that God, in His infinite wisdom, could have been ahead of the curve in medical science.

My grandfather didn’t complain about his illness, I believe, because he honestly didn’t think about it that much. He was too busy making others smile. One of our relatives said,”When I get to heaven, I’m going to rest for a thousand years.” Pa said, “Me too if Theanie don’t get there first.”

Matt Fore is a humorist, speaker and comedy magician. He serves as the main stage performer for corporate as well as Christian conferences and Churches around the country as he has for the past twenty five years. He fills the halls with laughter then surprises the audience with a segue leading to an engaging message that leaves them encouraged and looking up.  Learn more at MattFore.com.

Join us for the The Outcomes Conference 2019.

At The Outcomes Conference, April 16-18, 2019, you’ll discover CONNECTION CENTRAL. Explore this new place for you to connect, learn and laugh with other Kingdom-minded leaders.  Come to catch up with old friends and to make new ones!

Remember if you are a Christian Leadership Alliance member you can still register four and get a fifth registration FREE.