How to Beat Pride in Giving By John Rinehart 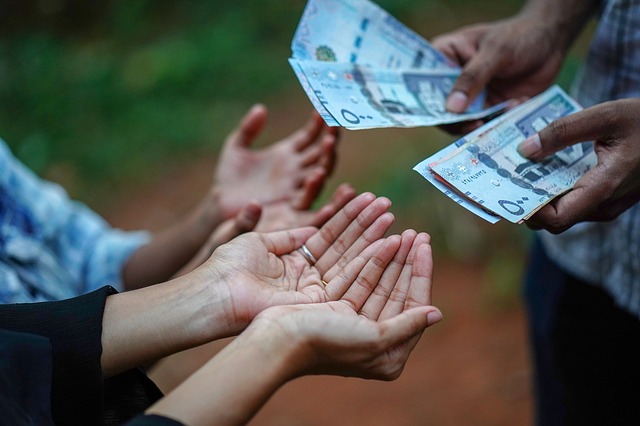 5 Ways to Beat Pride in Giving

In scripture we often see the contract between pride and humility.

Someday in the hallways of heaven, I believe Nebuchadnezzar and Mary will meet. The man who built Babylon and its famous hanging gardens will run into the woman spoken of across millennia as “a virgin pledged to be married to a man named Joseph” (Luke 1:27a).

One was the picture of pride; the other the embodiment of humility. Both have something to teach us. To beat pride in our giving, we’ll have to learn what Nebuchadnezzar learned and live how Mary lived.

Consider five ways to get started:

At the height of Nebuchadnezzar’s pride, he said these words to himself, recorded for us in Daniel 4:30, “Is not this the great Babylon I have built as the royal residence, by my mighty power and for the glory of my majesty?” I, my, and my…these pronouns were Nebuchadnezzar’s favorite words. He was self-satisfied and self- congratulatory. It wasn’t just that Nebuchadnezzar took pride in a job well done. He wanted glory and it showed up in his speech.

God called upon Mary to do something no other woman in history had ever been asked to do. There was no precedent for carrying and raising the Son of God. What an honour! What a unique privilege! Mary must have been tempted to look at herself in awe and wonder, to think too highly of herself, above other women. We too face the temptation to try to earn our identity through what we do or accomplish. Even our generosity can be a way we strive to “be someone”. And yet when this announcement came to Mary, consider her humble, beautiful response in Luke 1:38a, “I am the Lord’s servant.” Mary knew the timeless truth that identity is not found in what we do, but in to Whom we belong.

(3) Invite a Daniel into Your Life

Nebuchadnezzar was surrounded by “wise men” that he didn’t quite trust. Perhaps it was because they were on the payroll, or maybe they had their own agendas. But Nebuchadnezzar knew his power, wealth, and influence isolated him from the truth. He knew he needed someone who would speak the truth to him in love. And Daniel was that man. Daniel had spoken truthfully to Nebuchadnezzar in the past. It was obvious that Daniel had the Spirit of God within him. And in the end, Daniel’s godly counsel helped Nebuchadnezzar learn what God wanted him to learn. But Nebuchadnezzar had to invite Daniel to speak into his life to hear that godly counsel.

Mary was probably a teenager when the angel appeared to her and announced her God-given destiny. These plans were too big to comprehend and certainly a complicated intrusion to her engagement to Joseph. A virgin girl in Galilee would give birth to the Son of the Most High because the Holy Spirit would come upon her. Sounds impossible! But again, Luke 1:38b reports Mary’s simple response: “May your word to me be fulfilled.”

Many opportunities to give will be outside of our plans and our budget. Humility means that we, like Mary, can go with God’s plans instead of our own.

Nebuchadnezzar failed. Despite a divine warning, he exalted himself and reaped severe consequences for seven years. But his story doesn’t end in dismay because he learned from his experience. He was chastened by God and, in turn, humbled himself. There will be times when we all will fail. But failure only defines us when we don’t humble ourselves and learn from it.

And Now Word  About Humility

Humility is our true position before God and the foundation for great usefulness in God’s kingdom. When Nebuchadnezzar humbled himself before God he saw an opportunity to use his influence to honor God before “to the nations and peoples of every language, who live in all the earth” (Daniel 4:1a).

I believe you and I have the same opportunity in our generation. As we grow in humility, God can use our giving to gather that great multitude that no one can number from every tribe, language, people, and nation (see Revelation 7:9). Humility, like that modeled for us by Nebuchadnezzar and Mary, maps the way forward to beat pride in giving.

John Rinehart, founder of Gospel Patrons and writer of Gospel Patrons: People Whose Generosity Changed The World, is in his sweet spot when he’s speaking, writing, casting vision, and connecting with people. With a background in business and ministry, John is passionate about seeing more and more people love Jesus and live for His glory with everything they are and have. 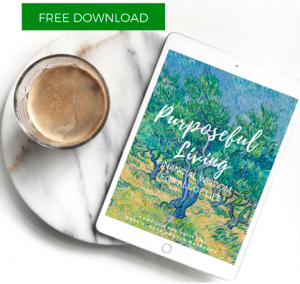 This post is an excerpt from the e-book, Purposeful Living: Financial Wisdom for All of Life.

As a gift from ChristianSuper,  you may  DOWNLOAD the entire e-book for FREE.

Only 30 days left to register for Outcomes Conference 2019!

What are you waiting for?