In the Beginning – Steward Partners By Andrea Leigh Capuyan 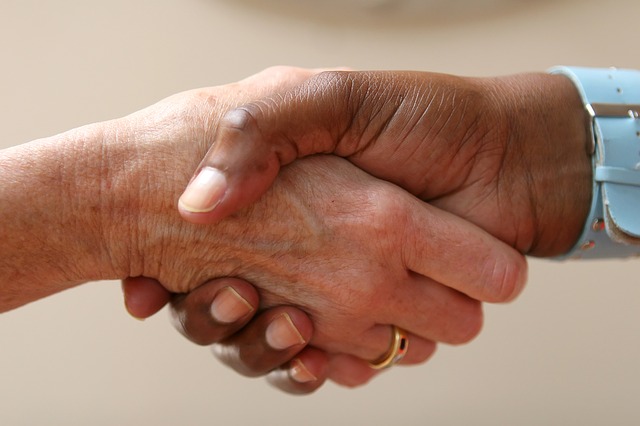 Partners in stewardship was the original plan!

Adam and Eve, male and female, were created together as stewards, not as solitary agents. Together, they create a model of true stewardship, which is a mutual, collaborative partnership. God’s calling of stewards in the Garden is not a singular, individual calling – it is communal, inclusive and relational.

The model of a steward leader is not a lonely CEO, a sole proprietor, the single owner/operator. The Genesis story is a story about relationships, God and people, together, at work…

“It is not good that the man should to be alone.”

To operate outside of a community or partnership is not only ineffective, it is debilitating. God did not anoint a single steward, so why would we create organizations where we isolate, celebrating lone rangers?

As the Master extends a mutual anointing to man and woman, He blesses His stewards for their flourishing as well as the whole of creation. To create, to reign, to multiply, to cultivate, to flourish…this is to be at work in God’s paradise, a display of the fullness of His grace, blessing, and favor. And as He brings order to chaos, and His creation teams with beauty and diversity.

Likewise, under His authority and power, He extends this invitation to us. And this work is most fruitful when steward leaders are actively engaged in collaborative partnerships, working together, leaning on one another, fostering a place of belonging.

Belonging is as vital to one’s identity as fulfilling one’s purpose. All of us long to know that we matter and are wanted. Adam and Eve are interdependent on one another, and together, they are dependent on God. How fascinating these image-bearers display unique attributes of God in their identity and in their very biology. The life of a steward is a life of limitation and vulnerability. It requires dependency and humility. Human beings are not just special among the rest of created order, but they are unique from one another, as individual persons. This interdependent partnership is rooted in individuality.

Human identity is tenderly molded for God’s desire, but each person’s identity is a unique expression of His will. Each are created to be a singular flourishing of God. But, diversity is inherent in the creative process. As male and female, Adam and Eve, bring distinct and  iverse perspectives and abilities to their partnership. Partnership, collaboration and community brings fruitfulness.

These are stewards who celebrate what is different between them, and it is their difference which unites them. It is a temptation to view conflict as an invention of the enemy. However, differences are a channel of creativity and true unity. When diversity is valued, then the unique insights of every individual is sought. Unity is not a result of unanimous thinking, rather unity is molded in the midst of struggle. In the heat of a wrestling match, arm in arm, cheek to cheek, flesh and bone entangle and collide. Wrestling is not engaged at arms lengths. It requires being near to one another, fully present, where heartbeats can pound in time together.

Stewards celebrate the unique gifts they offer. In turn, stewards are curious about the gifts of others, and steward leaders cultivate this kaleidoscope of unique talents of fellow co-laborers.

Our sexuality and our gender are the core of who we are as image-bearers and as stewards. The wise steward leader will learn how being male and female are special and needed for mutual flourishing. The Master created his stewards to worktogether and to wrestle together, which parallels the relationship He offers with himself.

And God declared his work as very good!

Andrea Leigh Capuyan, CCNL, CNAP, is the Executive Director of the Laurel Pregnancy Center in Laurel, Maryland. She is cares about leadership development and organizational culture within the small nonprofit ministry setting. She is passionate about encouraging fellow women in their roles as leaders. Defining our identity as a steward of God informs her perspective on everything – faith, leadership and spiritual transformation.