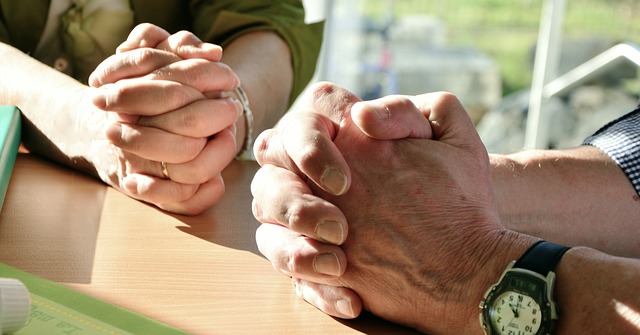 You Unlock Kingdom Outcomes When You Pray for People

At the inception of Christian mission, we find a very important insight from Jesus that relates to apostolic ministry in modern times and people. By apostolic, I simply mean work that seeks to take the gospel of Jesus Christ into new territory. He told them,

“The harvest is plentiful, but the workers are few. Ask the Lord of the harvest, therefore, to send out workers into his harvest field.” Luke 10:2

Notice Jesus did not say to ask people for money. He said to ask God for workers. This is where I got it wrong for years. I thought I needed money to make ministry happen. What I needed was people. I came to this realization in 2006 when I was reading an article entitled, “The Early Christians as a Scholastic Community,” by E.A. Judge, and a book called, Social Aspects of Early Christianity by Abraham J. Malherbe.

Judge identifies about 40 persons who supported the ministry activities of the Apostle Paul. He also locates another 40 or so names who traveled and did missionary work with Paul. Malherbe adds that these 80 people “supplied the platform and retinue of Paul” (47). The Apostle Paul changed the world with a team of 40 patrons and 40 partners.

Paul reveals his focus on people over money in texts like 2 Corinthians 12:14a, where He writes,

“Now I am ready to visit you for the third time, and I will not be a burden to you, because what I want is not your possessions but you.”

When we see Paul’s strategy lived out we find that while ministering in a place, he relied on income from his tent-making and gifts from those he had previously ministered to because he did not want money to influence the apostolic work he was doing.

It’s not wrong to receive support from those you serve, such as a pastor receiving a salary. But work in new territory calls for a tent-making team approach. This is where the insight emerges afresh for modern application: pray for people.

Two years ago, I met with Bruce Burgess, CEO of PeaceWise in Sydney, Australia. Bruce wanted to train the young people of Australia and beyond in biblical peacemaking to shape a generation. He added, “Gary, if we raise the money, we can do it.” I said,

“Bruce, you think you need money, but what you really need is people.”

Then I recited Luke 10:2 and charged him to pray for people.

This past month I connected with Bruce again on my visit to Sydney. God has been working powerfully so I was there with Global Trust Partners to interview him and capture the PeaceWise story. When I asked him the impact of biblically-integrated instruction on administration and governance he reminded me of my advice to pray for people.

He continued that he and his board had been praying for people, and that it has led to many breakthroughs. God has been bringing them people to give and serve with them, much like the patrons and partners of Paul. He added that they still have needs but that the insight, when applied by him and his board, has transformed the organization.

So, what about you? Do you feel like all you need is money to make ministry happen? What if instead of asking people for money if you asked God for people?

The difference sounds subtle, but it changes everything.

In what ended up being my last conversation with Dr. Malherbe before he died suddenly in 2012, I thanked him for his scholarly research, and specifically thanked him for the insight about the 80 people who ministered with Paul. At 91 years old, E.A. Judge is still writing about Paul. I just learned that at SBL this year, a new collection of his essays will release, entitled, Paul and the Conflict of Cultures: The Legacy of Paul’s Thought Today. I can’t wait to read it.

The more I think about it, I realize that we can be part of Paul’s legacy too.

As they join us on mission, let’s urge them to serve as patrons and partners with us. Paul changed the world with about 80 people. If God has called you to a world-changing vision, pray for 80 who will say “with you” and join you in the work.

Gary G. Hoag, Ph.D., serves as President/CEO of Global Trust Partners (GTP), the international accountability entity recently birthed by ECFA. GTP aims to multiply disciples of faithful administration and mobilize peer accountability groups to increase gospel participation in every nation. He’s an author and professor who teaches all over the world. And right now, he’s praying for people to will serve as partners and patrons with him in his international work.

If you are inspired by what you find, be sure to share it with others!