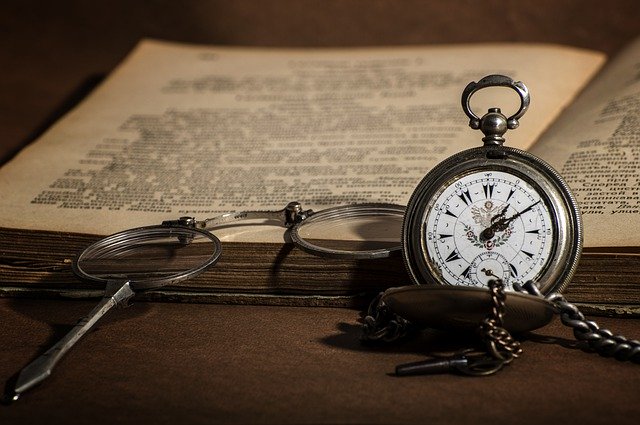 Timeless Words of Great Wisdom Are Here for You

Timely words of great wisdom seem to live a circular existence. When first uttered, they amaze and inspire. However, after continued use and overuse, they become trite and are set aside. After their time in exile from popularity most will one day find their way back into use when the state of the world is found wanting of their particular form of insight.

I believe this is true with the poignant words from the Book of Esther,

‘Who knows but that you have come to your royal position for such a time as this?”

This wonderful little book presents the most politically profound story in Scripture. It never mentions God but focuses on His work in the affairs of two central figures; the Jewish official Mordecai and his orphaned cousin Hadasa, whom he raised from childhood. Her name would be changed to Esther and, through a series of both calculated and miraculous acts, this young Jewess would find herself the Queen of Persia.

The central moment in the political thriller comes when the villain Haman decrees a day for all Jews to be killed. Mordecai knows their only hope is an appeal to the King through the person of Esther. Knowing that coming uninvited before the King might cost Esther her life, Mordecai nevertheless puts an ultimatum before her.

“Do not think that because you are in the king’s house you alone of all the Jews will escape. For if you remain silent at this time, relief and deliverance for the Jews will arise from another place, but you and your father’s family will perish. And who knows but that you have come to your royal position for such a time as this?” (4:13-14)

In the face of insurmountable odds, Esther must choose between inaction that will lead to a certain death, and bold action that will likely bring the same result. The difference between the two is the prospect of hope. Taking daring, costly action is a decision born of hope. Doing nothing is the act of one who has lost all hope.

Mordecai provides the glimmer of hope by suggesting that Esther’s action would be a fulfillment a divine appointment. Had God put her in this position, in this place at this moment in history just so she could take this courageous step? Did He position her to be the savior of the Jews if she would but live into the role He had prepared for her? She would only know if she chose to risk her life and act.

Political upheaval, cultural persecution, victory after victory of wanton evilness, a growing sense of hopelessness and a deepening cynicism. Sound familiar? Esther’s day could be our day and Mordecai’s ultimatum is very much our ultimatum.

As our American culture continues its relentless moral deterioration and our political systems spin further out of control we, like Esther, face a life-threatening decision. As owner-leaders, we can choose inaction, believing it to be the ‘safe’ route. Keep your head down, say as little as possible, don’t get involved and perhaps this whole national nightmare will go away. It is a choice being made by many ‘leaders’ today. After all, what difference would one voice make in our culture of manufactured shame and manipulated outrage? Do our few feeble words of sanity and sanctity have any chance to change things?

Surely Esther must have thought the same thing and created her own justifications for reasonable inaction. The king would not listen, Haman was too powerful, the edict for the Jewish genocide was already pronounced. What could her words possibly do. No, just stay hidden, keep quiet, wait it out and perhaps all will turn out well.

Mordecai shatters that illusion and confronts her with an uncomfortable truth; inaction brings sure death. In the face of apathy, hope evaporates. And most important, her moment will pass by and never return again. All that God had done to position her for His miraculous work will have been for naught. Wasted. There are dire consequences for our inaction, the worst of which is our rejection of our responsibility to be stewards of the moments God prepares for us to act in His name and for His glory.

Esther chose instead to act, to speak and to risk her life that this moment may not pass her by. God did not speak to her audibly, but she knew she was His person in the right place at the precise moment that God had ordained for her. Esther believed that God had prescribed this moment and in doing so He chose not to act directly in human affairs, but to do the miraculous through her.

Yoram Hazony comments, “The more fully Esther inhabits her capacity as an independent political agent capable of influencing human affairs, the more fully God’s will is brought to bear in history.”[1]

“For such a time as this.” As steward leaders we need to hear Mordecai’s challenge and allow it to shake us up. Here is a modern version. You are in the exact job, and possess the precise contacts, skills, experience, financial resources, opportunities, reputation and influence to speak and act boldly to influence the cultural morass that faces us. You are not responsible for the outcomes – that is God’s purview. You are only responsible to steward the moment God has handed you.

God has you right where He wants you, right where He needs you for such a time as this. He has positioned all of us who are called to lead to be at this exact place at this precise moment in history that we might speak and act with faith and courage, trusting God to do with it as He wishes.

Extraordinary times require extraordinary responses. This is our moment. It is no accident. The Esther ultimatum is before us. How will we respond?

Scott Rodin  is president of The Steward’s Journey and Kingdom Life Publishing. He also runs Rodin Consulting, Inc. He is a Senior Fellow of the Association of Biblical Higher Education and is past board chair of ChinaSource and the Evangelical Environmental Network.

The sooner you register – the longer you will have to access 110 timely and relevant learning experiences.

Don’t miss a dive into this deep well of knowledge, wisdom, and community!