A Biblical Perspective on Handling Dissent By Paul Swamidass 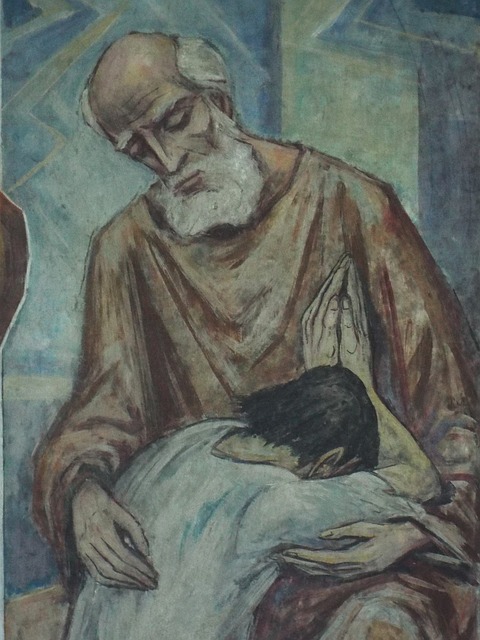 Learn from Jesus on how to handle dissent.

Jesus uses the “prodigal son” parable to convey to his believers the unique qualities of God the father. Teachers and preachers have used this parable to communicate to their listeners, the unparalleled loving, merciful and gracious nature of God the Father. In the parable, the father eagerly awaits his “lost” son, and enthusiastically forgives his undeserving son, and celebrates his repentance and his voluntary return home.

“But while he was still a long way off, his father saw him and felt compassion, and ran and embraced him and kissed him…the father said to his servants, ‘Bring quickly the best robe, and put it on him, and put a ring on his hand, and shoes on his feet. And bring the fattened calf and kill it, and let us eat and celebrate.” (Luke 15: 20-24; ESV).

The older son in the parable was offended by the merciful and gracious decision of his father to the benefit of his younger brother. What can we learn from the older son’s conduct and his father’s response to him in the parable?  We can learn how the father handles dissent from his faithful son.

“Now his older son was in the field, and as he came and drew near to the house, he heard music and dancing. And he called one of the servants…he [the servant] said to him, ‘Your brother has come, and your father has killed the fattened calf, because he has received him back safe and sound.’ ”  (Luke 15: 25-27)

But he was angry and refused to go in. His father came out and entreated him, but he answered his father,

‘Look, these many years I have served you, and I never disobeyed your command, yet you never gave me a young goat, that I might celebrate with my friends. But when this son of yours came, who has devoured your property with prostitutes, you killed the fattened calf for him!’”  (Luke 15: 28-30).

The older son’s words are filled with resentment towards his father and his brother upon learning of his father’s expensive celebration of the return of his younger, irresponsible brother, who squandered his share of his father’s wealth.

“Son, I owe you an explanation.”

The father’s above response to the dissenting son implies, “I have not compromised what belongs to you.” For the dissenting son to accept the above statement of his father as true, the father-leader should have a reputation for telling only the truth, always. A leader’s honest explanation to a dissenter is likely to be accepted, if the leader has a reputation for being truthful, always.

First, the father explained the context to his son, as mentioned above. Second, the father said,

“It was fitting to celebrate” his brother’s return, and elaborated it saying, “your brother was dead, and is alive; he was lost, and is found.” (Luke 15:31)

The father’s use of the word “fitting” here means it was the right thing for him to do.

Because the father did the right thing, there was no need for him to apologize, or withdraw his decision to celebrate his younger son’s repentance and his return home.

The parable demonstrates, doing the right thing is the best defense against dissent, because the leader can then confidently say to the aggrieved dissenter, “I did the right thing.”

Dissent is a part of every leader’s life. As a leader, you can confidently explain your decision to aggrieved dissenters, if you have a reputation for always speaking the truth and doing what is right.

3 Ways to Join the Global Initiative

Register now and you will have access to over 100 learning experiences and a network of global leaders. Participate in live and on demand in over 100 sessions from Aug. 30–Sept. 30, 2020.

We are offering scholarships for international leaders so they can gain access and participate for FREE. You can nominate a leader or personally apply now through Aug. 30, 2020.

Our scholarship program is only possible through the generosity of people like you. Every $25 donation, provides one leader Christ-centered equipping and community.

Seize this opportunity to invest in Christian leaders – everywhere!