An Invitation to Greater Things By Paul Swamidass 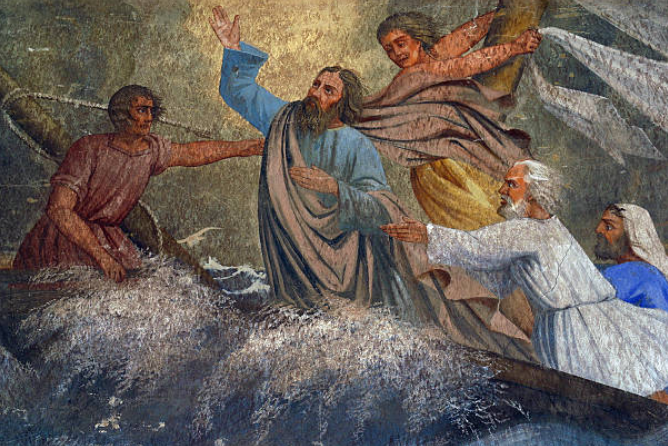 When Jesus called Nathanael, he promised him that he would see even greater things. It remains an invitation and promise he extends to each of us.

Let’s go to the other side.

One day Jesus said to his disciples, “Let us go over to the other side of the lake.” So they got into a boat and set out. As they sailed, he fell asleep. A squall came down on the lake, so that the boat was being swamped, and they were in great danger. The disciples went and woke him, saying, “Master, Master, we’re going to drown!” He got up and rebuked the wind and the raging waters; the storm subsided, and all was calm. “Where is your faith?” he asked his disciples. In fear and amazement they asked one another, “Who is this? He commands even the winds and the water, and they obey him.” (Luke 8: 22-25, NIV).

In the above passage, Jesus invites his disciples saying, “Let us go over to the other side of the lake.” This was a mundane and routine call to his disciples to Join Jesus on this trip. They appeared to have accepted the call without an inkling of what was ahead.

Jesus’ call did not reveal what was ahead.

The disciples received a very simple call from Jesus. It sounded routine, and Jesus did not reveal any of the following to his disciples ahead of time:

What was the purpose of the trip?

The call from Jesus to leaders often may be an innocuous, non-dramatic, simple, and no more than, “let us go to the other side.” Leaders who hear and heed a simple routine call may see unexpected “greater things” in their journey with Jesus.

Jesus expected them to have faith.

A journey with Jesus, even today, runs into challenges, oppositions, resistance, and threats. When faced with a life-threatening storm, the disciples cried to Jesus, “We are going to die.” This is understandable.

Jesus expected the disciples to have faith in Him during the fierce storm: “Where is your faith?” was Jesus’ response when they were shaken by fear and cried to Him, “We are going to die.”

The fierce storm could have by-passed the boat without the frightening incident, if that is what Jesus wanted. This incident shows, Jesus may allow a fierce storm when He is on our side, or while working with Him, or on a mission with Him. If we panic, Jesus might ask us, “Where is your faith?”

Jesus revealed a bit more of himself to His disciples during this journey, when they were engulfed by the storm; He heard their cry and revealed His authority over wind and water. When the disciples witnessed Jesus’ authority over the forces of nature, they were in awe:

In fear and amazement they asked one another,  “Who is this? He commands even the winds and the water, and they obey him.” (Luke 8: 25).

It turned out to be much more than a mundane journey to the other side, the disciples witnessed “greater things.”

Your call to greater things.

The disciples did not know all that was ahead, yet, upon hearing the invitation from Jesus, they jumped into the boat for a mundane boat ride to the other side but, instead, they witnessed “greater things.”

Jesus may be calling you to go to the other side. Until now, you may have ignored this call. If so, what is holding you back?

Paul Swamidass, Ph.D. is Professor Emeritus, Harbert College of Business, Auburn University, Auburn, AL, USA. He retired from Auburn University in 2016 after teaching there for 24 years. He is the author of the forthcoming book, Greater Things: The Qualifications of a Biblical Leader, Vide Press, 2020.

In need of some positive inspiration to end strong and to begin the new year stronger?