The Contentment Cycle By Alec Hill and Leighton Ford 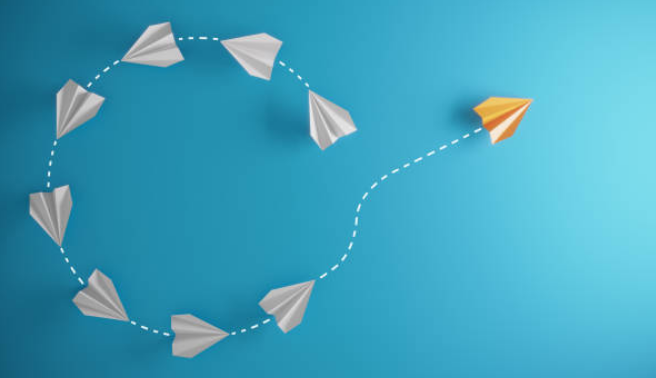 Where do you find yourself in the contentment cycle?

In his letter to the Philippians, the apostle Paul addressed this subject head-on. Rotting in a dank Roman jail, he claimed to have “learned the secret” of “being content whatever the  circumstances.” In other words, contentment doesn’t just happen but involves a learning process.

Paul’s promise of emotional equilibrium “in any and every situation… whether living in plenty or in want” is certainly appealing to ministry leaders. Even when stress rises and life disappoints, Paul contends, we can find contentment. Not necessarily happiness, but a place of equanimity and repose.

Paul certainly loved to dream and plan big. A bold personality, late in life he set himself the grand goal of planting churches throughout the western half of the Roman empire (even labeling it “my ambition”).

Sadly, in a broken world, our best laid plans often get quashed. Mo Gawdat, a senior leader at Google, labels these frustrations “the expectation gap.” Such gaps capture the dissonance between our aspirations, on the one hand, and the harsh realities we often face, on the other. The wider the chasm, the greater our sense of discontentment.

Paul deeply experienced this sense of loss. Rather than traveling to Spain to carry out his life’s calling, he was imprisoned in a Roman hole. It is easy to imagine his frustration at this injustice. Aware of his limited remaining time on earth, he chaffed at being involuntarily restrained (as is hinted by his four references to “chains” in Philippians 1). His expectation gap was huge.

This is the crucial – and most difficult – step in the cycle. Rather than emotionally shutting down post-disappointment (or simply growing bitter), we must learn to release our original expectations. Often this includes lament for hopes dashed.

As a leader, Paul’s secret was to empty himself of all entitlements. Traveling west? Held lightly. Visiting the church in Rome? Hoped it would happen. A bull of man with a strong internal will, this certainly didn’t come naturally. But by seeing himself as Jesus’ slave, he learned to let his own agenda go. Through gritty self-denial, he gained the perspective of “not my will but yours be done.”

Such surrender does not come easily to many of us. Friedrich Nietzsche actually scorned it as being weak and unworthy. But when forces beyond our control intervene – whether a balky board, Covid-19, or a cranky subordinate – Paul encourages us to humbly cast our broken plans into the hands of a reliable and good master:

“I can do everything through him who gives me strength.” ~ Philippians 4:13

The final step is to reassess our situation. Often, this is very difficult to do since it involves redefining our hopes. How ought we respond when a major donor turns away? When our ministry is sued? When we find ourselves in the claws of social media critics or a staff revolt?

Again Paul is our example. Rather than getting lost in self-pity, he faced his crisis head on, redirecting his focus from Spain to his prison guards. What a remarkable recalibration! Though the scope of his plans had shrunk from half a continent to a mere handful of soldiers, he accepted his new reality and moved on. He wrote:

“What has happened to me has actually served to advance the gospel. As a result, it has become clear throughout the whole palace guard.” – Philippians 1:12-13

Amazingly, Paul’s letter to the Philippians contains not a single word of complaint. Rather, he uses the word “rejoice” six times, “joy” five times, and “thanks” thrice. This outcome did not come simply or without personal cost. No doubt, he privately labored to submit, recalibrate, and identify new aspirations.

But, ultimately, he found the secret to deal with his expectation gap. As ministry leaders, it is imperative that we do so too.

Paul understood what it meant to thrive regardless of his situation or circumstance.

How about you? Come join us for the Outcomes Conference 2021.  The theme this year is THRIVE.

THERE IS STILL TIME – REGISTER TODAY