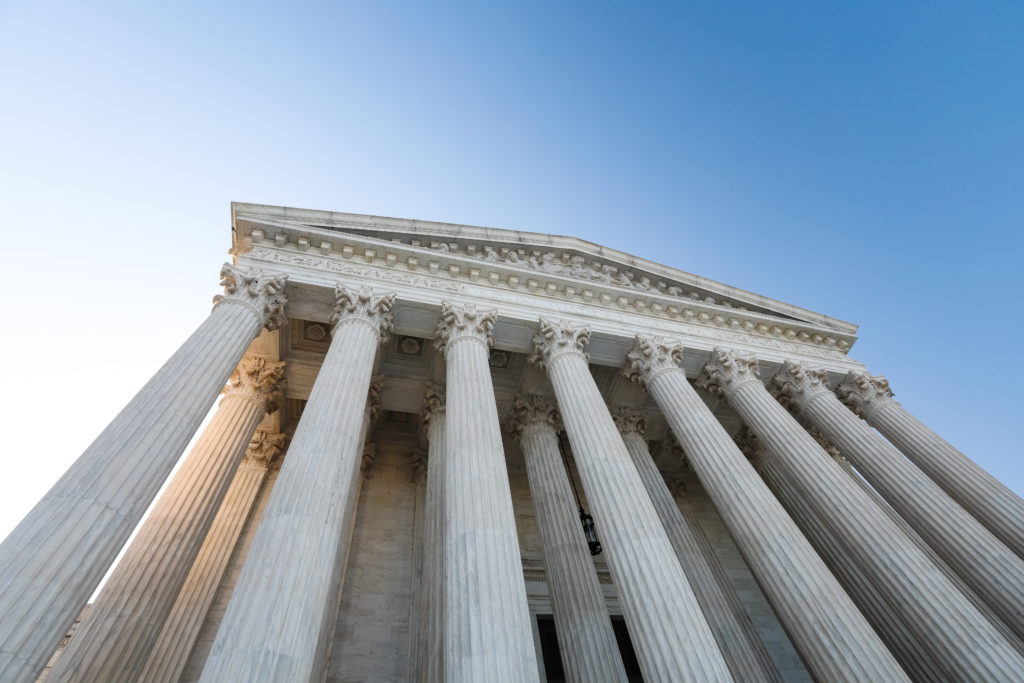 Changing Culture is Changing Laws and Policies. Are you ready?

You’ve probably noticed that the culture around us is changing, and it’s changing fast. One of the major drivers of these changes is the embrace and outright celebration of a radical, unbiblical view of human sexuality. In the legal and governmental realms, sexual orientation and gender identity (SOGI) laws and policies are seeking to defy not only biology but also the understanding of what it means to be human.

These laws and policies elevate sexual orientation and gender identity to protected class status, often at the expense of our fundamental freedoms.

They are often enacted under the guise of equality and pose serious threats not only to religious freedom but to fairness and safety — especially for women and society’s most vulnerable.

For many, sexual autonomy and gender identity have become the pinnacle of personhood. This paradigm shift has been swift, and now to even question its validity or benefit to individuals and society provokes intense responses. But instead of discussion or debate, we’ve seen the rise of “cancel culture” which seeks to silence those who are not considered “woke” or subservient to the current cultural moment.

Recently, Tanner Cross, an elementary school teacher in Loudoun County Public Schools in Virginia, respectfully voiced his objections to two proposed school policies during the public comment period of a school board meeting. These proposals were SOGI-infused; they would force teachers to violate their beliefs by requiring them to address “gender-expansive or transgender students” with their chosen pronouns rather than the ones consistent with their biological sex.

In other words, these policies would force teachers to lie to students and embrace an ideology that ultimately could harm them. But less than 48 hours after he exercised his First Amendment right, Tanner was suspended. ADF is representing Tanner, and, thankfully, the court ruled that Tanner’s constitutional rights were likely violated and ordered the school to reinstate Tanner while the lawsuit continues.

In 2016, the Massachusetts legislature passed legislation adding gender identity to the state’s nondiscrimination law. And government officials said the law applied to churches, forcing them to violate their religious convictions.

This affected pastor Esteban Carrasco and his church because they wanted to open a women’s shelter for survivors of domestic violence. But due to the SOGI law, they would have been forced to violate their beliefs and allow men who identify as female to use the same changing rooms, restrooms, and living facilities as the vulnerable women.

In 2020, the Virginia Values Act was enacted which forces nonprofit ministries to abandon some of their core convictions in hiring and other policies or face fines up to $100,000 for each violation. Under this law, churches, religious schools, and Christian ministries are compelled to hire employees who do not share, and live by, their stated beliefs on marriage, sexuality, and gender.

Unfortunately, the stories listed above aren’t isolated events. Numerous towns, counties, and states across the country have enacted similar policies. And, at the federal level, a bill deceptively named the “Equality Act” was passed by the U.S. House of Representatives in February and is now before the Senate. If signed into law, which President Biden has promised to do if the bill reaches his desk, the “Equality Act” would add sexual orientation and gender identity to many existing federal non-discrimination laws.

This act could negatively impact many areas of life including employment, athletics, housing, public and private schools, businesses, and more.

Worst of all, the “Equality Act” does not include any religious exemptions. It could directly impact churches and ministries by preventing them from being able to live out biblical beliefs about marriage, sexual morality, and the distinction between the sexes. It could force churches to open sex-specific facilities to members of the opposite sex. It could compel ministries and Christian business owners to pay for health coverage of procedures that go against their deeply held convictions, such as “sex reassignment” surgeries. And it could even forbid houses of worship from ensuring that all their employees abide by their doctrines or fundamental beliefs.

The challenges posed by SOGI laws and policies are real and they’re not going away anytime soon. It is important for you to know about these issues so you can help your ministry be better prepared.

Join Alliance Defending Freedom attorneys for a webinar on June 24 at 12:30pm EST. They’ll discuss these and other religious freedom issues, the status of current court cases, ways you can help prepare your church or ministry, and more.