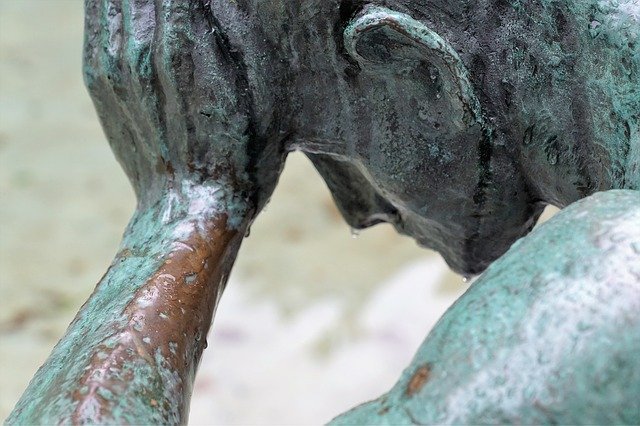 ”I rejoice in what I am suffering for you, and I fill up in my flesh what is still lacking in regard to Christ’s afflictions, for the sake of his body, which is the church.”

Writing from prison, the apostle Paul inked this statement and it has puzzled theologians for centuries.

How could Jesus’ sufferings “lack” anything? How did Paul’s pain supplement Jesus’ afflictions? Was more atonement necessary?

NT Wright comes to our aid by narrowly framing Paul’s comments. Wright posits that the apostle felt called to imitate his master in sacrificing for the church. And, by drawing Rome’s enmity to himself, he protected them from greater harm.

Applied today, Paul’s principle is simple: as ministry leaders, we suffer for our communities. Even when we may not have created a mess, we deflect pain from others and absorb it into ourselves. While such suffering is not salvific, it is vital for the wellbeing of those we serve.

A few years into my presidency with InterVarsity, a lingering personnel sore surfaced. Prior to my tenure, two candidates had been considered for a senior position. The one who was not promoted had been told by an interim leader (in front of several staff) that he would get the job. When he didn’t, confusion reigned.

In those pre-Zoom days, about a dozen staff from around the country went to their local Kinko outlets for a teleconference. My predecessor, Steve Hayner, who had been out of office for more than three years, agreed to participate. As he listened to the pain expressed, he took all the blame on himself even though, by my estimation, he only bore a small piece of the fault.

Steve’s sacrifice transformed the conversation. Some wept. Others were silent. All recommitted to campus ministry. It was one the most extraordinary displays of leadership I have ever witnessed. Steve taught me three lessons about being a leader that day.

Far too often, an angry donor, disgruntled staffer, or upset trustee will confront us about the actions of one of our staff. Not wanting to throw anyone under the bus, we massage the situation and share the burden.

While serving as dean of a business school, I got caught between my president’s desire for more revenue via new programs and my faculty’s commitment to achieve secondary accreditation. I absorbed pain in both directions even though the tension was not of my making. In the end, I disappointed my president and our relationship suffered.

Paul had never visited Colossae yet redirected Roman malice to himself. It took me years to grasp the fact that ministry leaders do not live under a fairness paradigm. Sometimes we suffer even though we’ve done everything right.

People get upset with us simply because of our roles.

(2) Vicarious suffering is hard on our bodies.

As Paul writes, “I fill up in my flesh…with afflictions.” By absorbing others’ pain, we become more susceptible to health-related problems.

During my tenure, InterVarsity faced many campus access issues. Several universities simply didn’t want to grant us official student organization status. I recall a board meeting where my trustees and senior leadership team were split right down the middle on the wisdom of accepting a compromise deal. I took a position that offended some of my favorite people.

A few days later, I felt hot electric waves run up both of my arms. When it reoccurred four hours later, I checked myself into an emergency room. Thankfully, it was a panic attack rather than a stroke. But still scary stuff. All that tension had taken root in my body.

I regret painting such a sobering picture of leadership but it is better to serve with eyes open than being naïve.

We lead because we are called, not because of the perks. Like Paul, we must be “compelled” by our Lord and his mission. We do well to heed the warning of the apostle James: “Let not many of you become teachers (leaders)” because we will be “judged more strictly.”

As leaders, we must act with intentionality – taking care of our bodies through regular exercise, feeding our souls through various spiritual disciplines, and living in vulnerable community with a select few. If we fail to do so, we run the risk of being overwhelmed by our community’s pain or adopting a savior’s complex.

Use July to Recharge Your Leadership!

Join us for the Outcomes Conference Digital Experience