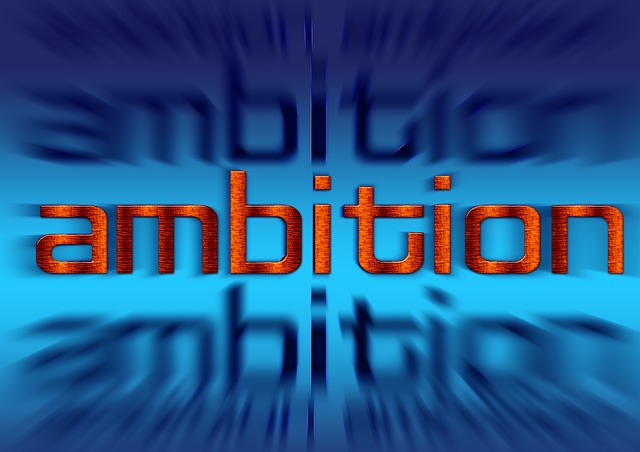 The Truth About Ambition

A confession: I was born ambitious. From my earliest memories, I always wanted to be more, to do more, and to win. This trait showed up in sports, pursuit of grades, running for class offices, and even where I ranked as a trumpet player.

My drive had both positive and negative aspects. On the one hand, I achieved a great deal and some amazing doors opened. But I also learned early on how to manipulate others and became so competitive that I was nearly inconsolable when losing. Years later, a neighborhood mother told me that had I not become a Christian I would have been like a run-away train wreaking havoc. Ouch.

Over the years, as my faith matured, I grappled with issues of lordship. Could I submit my aspirations and agendas to God? Could I lay aside my ambitions? During one eight-year stretch, each morning’s devotional started with the same pledge – “I’m your slave.” I diligently strove to practice what the Puritans called mortification.

Hence the apostle Paul’s positive use of the word confused me:

“It has always been my ambition to preach the gospel where Christ was not known, so that I would not be building on someone else’s foundation.” (Romans 15:20).

Having planted churches in the eastern half of the Roman empire, Paul wanted to replicate his efforts in the west. But why describe this effort as “my ambition?” Why put an affirmative spin on a concept with so many negative connotations?

As I reflected broadly on the concept of ambition, four lessons emerged.

God did not design us to be passive. From the very beginning, we were made to exercise dominion and to creatively envision a better future. Jesus praised those who multiplied their talents and castigated the unambitious. Likewise, Paul commended those who “aspired” to be elders. When focused on the right things done in the right way, God smiles on our efforts. Human ambition was His idea.

Sadly – and this is where my story kicks in – our drives have become warped. Competitive Cain killed Abel. Jealous Jacob stole Esau’s birthright. Aggressive Absalom usurped the throne from his father David. And the list goes on and on.

The Fall weaponized our ambitions. It caused us to step on others to obtain what we want – whether a promotion, a relationship, or a material possession. Far too often, we either select the wrong goals or use improper means to pursue the right ones.

Thankfully, the Fall is not the end of the story. That God can – and does – redeem our ambitions is illustrated by the life of Paul. As a young man, he was all Type A. But after getting knocked off his high horse, he spent 14 years getting his priorities repurposed. During these silent years, of which we know very little, the Lord reshaped his drive.

Slowly, Paul moved from being an overachieving jerk to becoming a slave of Jesus. Michael Card’s wonderful book, A Better Freedom: Finding Lives as Slave of Christ, analyzes the apostle’s constant use of the Greek word doulos (often regrettably translated “servant”).

Over my career, I’ve noticed a pattern. Effective leaders start with a strong drive, undergo an extended time of pruning (often including a public failure), enter into a posture of utter submission, and then reemerge as a different kind of person.

God’s process of converting our selfish ambitions into something godly can feel like an excruciatingly slow process. This explains why Paul warned Timothy not to appoint recent converts to leadership lest they

“become conceited and fall under the same judgment as the devil.”

What God Will Use

While I love young confident leaders, I am a tad suspicious of them. To be truly used of God, poverty of spirit must be cultivated over an extended period of time. As the apostle Peter advised:

“humble yourselves under God’s mighty hand that he may lift you up in due time.”

The Old Testament figure Joseph illustrates this point well. It took years of hardship to transform a cocky young man into a wise leader whose ambition was to serve God and the common good.

May the Lord likewise recast our ambitions to serve his purposes not ours.