Leaders Know When to Act Promptly By Paul Swamidass 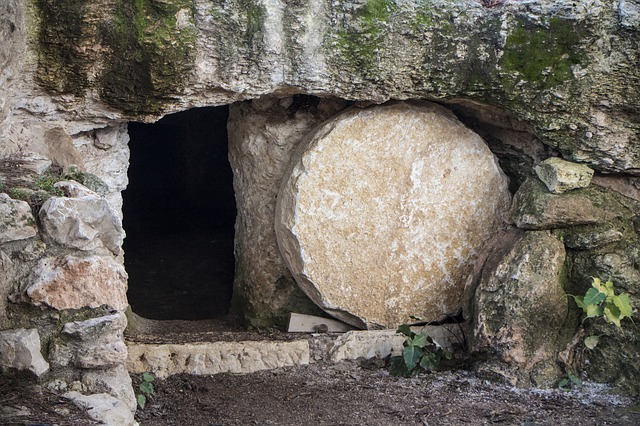 What difference does it make when a leader acts promptly?

Joseph of Arimathea acted promptly and there is much we can learn by his example.

Joseph of Arimathea, a prominent member of the Council, who was himself waiting for the kingdom of God, went boldly to Pilate and asked for Jesus’ body. Pilate was surprised to hear that he was already dead. Summoning the centurion, he asked him if Jesus had already died. When he learned from the centurion that it was so, he gave the body to Joseph. So Joseph bought some linen cloth, took down the body, wrapped it in the linen, and placed it in a tomb cut out of rock. Then he rolled a stone against the entrance of the tomb. (Mark 15: 43-46).

It is clear, Joseph of Arimathea wanted an honorable burial for the body of Jesus taken down from the cross. Prior to this episode, his loyalty and devotion to Jesus was not public (John 19:38). Reports say that he was a wealthy businessman/trader influential enough to be a member of the powerful Sanhedrin, the ruling Council.

Being a prominent member of the ruling Council, he was in a position of influence and authority to do something about ensuring an honorable burial for Jesus’ lifeless body. He knew it.

If he failed to act, the body of Jesus might have received a dishonorable and distasteful treatment. He had to act fast without hesitation.

Joseph acted so fast that the Roman ruler, Pontius Pilate, who ordered the crucifixion, could not believe Jesus was dead already; Pilate sought verification of Jesus’ death through his Centurian before granting Joseph’s request to carefully take down the body of Jesus for entombment/burial (Mark 15:44).

Perhaps, no one among those who were devoted to Jesus, other than Joseph, had the access and influence to meet Pilate, the ruler, and accomplish what he did with such promptness; Joseph was aware of this.

Joseph shed his cloak of secrecy (John 19:38) about his loyalty and devotion to Jesus, and identified publicly with him in defiance of the ruling Council that brought about the cruel death of Jesus upon the cross through the Roman ruler, Pontius Pilate. Unknown to us, Joseph might have faced ridicule and paid a price for identifying publicly with Jesus after his death.

In this context, Joseph’s prompt act of leadership is also a public display of courage on behalf of all who prayed that day for an honorable burial for Jesus. At times like this, leadership calls for extraordinary courage.

Joseph knew what to do. He did what he needed to do. He did not hesitate. He led, when it counted, while risking his reputation and facing consequences, if any.

Because of his prompt and decisive act of leadership, he succeeded in giving a very honorable burial/entombment for the body of Jesus. Those who love the Lord Jesus say, thank you!

We need leaders like Joseph, who do not hesitate to act courageously and promptly when no one else can.  He made a difference when he did and so can you.

This term Christian Leadership Alliance is offering courses that will enable you to meet requirements for two of its premiere programs, the Credentialed Christian Nonprofit Leader  (CCNL) and the Outcomes Leadership Core (OLC). Now is a prefect time to get started on either one or both of these leadership programs!