Confessions: An Interview with Brent C. Hofer By David Sanford 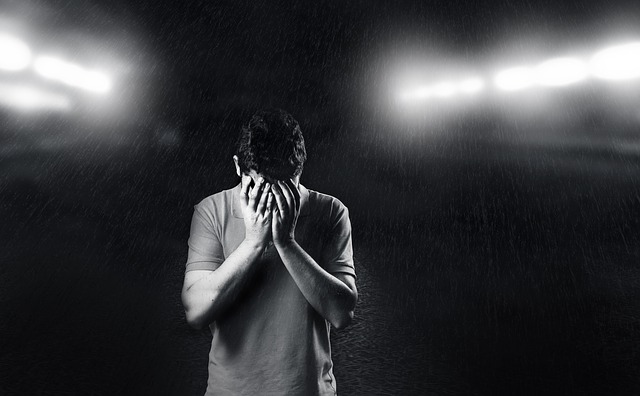 Confessions of an Angry Christian Leader

Augustine’s Confessions was the very first Western autobiography. Countless others have followed. The newest is by Brent C. Hofer.

Brent, what’s it about?

As Christian leaders, it’s not enough for us to manage anger. Recovery is possible. I’m living proof. Confessions of an Angry Man is my redemptive story.

You were in Christian ministry for three decades. What happened? Did growing anger eventually catch you by surprise?

Just the opposite. I have been angry almost my whole life. I’m talking about the type of anger that resembles a landmine. You don’t always see it, but it is there, buried in the personality, and when something triggers it, people get seriously hurt.

Over the years, living with me was like living through one tornado after another. Whether frustrated with life circumstances, or irritated and angry with my family’s behaviors, I would explode in rage. Afterward, I would calm down, apologize, and move on as if nothing had happened.

This cycle of explosion, apology, and false peace occurred for almost twelve years of marriage. I knew something was terribly wrong. I pleaded with God to change my life—to transform me into a good husband and father. Something had to change.

Actually, a lot had to change.

I prayed for God to change my life, and he did, but not the way I imagined. Following God’s leading, Sherry, Ellie, and Nikki left me and moved two thousand miles away.

Before leaving, Sherry would try to confront me on the seriousness of my harshness with and rage toward Ellie and Nikki. Instead of admitting I was wrong, I always became defensive. I would shift the blame onto Sherry and deny the impact I was having on my daughters. I couldn’t admit how terrible I was behaving. It was too painful.

After Sherry and the girls left, I was utterly sick of myself. I thought my life was over.

Did you consider suicide?

Devastated by tears, I rushed from work. On the way home, I left the freeway via an 80-foot tall exit ramp. Sick of life, I spun the steering wheel to launch off the ramp into the air. As the car sped toward the guard rail I came to my senses and jerked the wheel back. The pain of realizing how horrible I am fortunately did not end in suicide, but rather drove me to find a better way to live with others.

What was that better way?

Finally, I was ready to take responsibility and do whatever needed to be done to change my thinking and behaviors.

To do that, I joined a recovery program.

For more than two years, once a week, I was in a support group where I was confronted with what I had done to my family and what I needed to do to change. That included weekly readings, difficult homework, and putting into practice what I had been taught. All of this was necessary in order for me to truly take responsibility for how I had destroyed other people’s lives.

There was nothing enjoyable about it. For the longest time I fought the feeling that I was better than anyone else in the group. And that was because I had never been arrested for my angry actions. Yet I wasn’t better than anyone.

Ouch. That sounds like a slug to the gut.

As a Christian leader, I often had people come to me for counseling. I never thought that I needed counseling. In my mind, I was better than other people. I was here to help them, but I certainly didn’t need anyone’s help. The ability to be open to receiving help was fear-inducing. Yet it was absolutely the step I needed to take. Actually, make that steps.

I did private counseling and attended a four-day intensive workshop that forced me to face my nightmare head-on. In addition, I participated in a class for men who had wounded their children and were learning how to parent.

Sherry had the girls call me every day to stay in touch. The pain of having to talk to my girls while they were a couple thousand miles away was horrific. They told me about their school, their friends, and the basketball games they played—all of which I missed. I cried almost every time after I spoke with them. Taking responsibility meant dealing with the pain I had caused—and the pain I was feeling.

Thankfully, there were wonderful positives. In the midst of the pain, I was no longer denying responsibility but accepting it. There is an old saying, “Admitting you have a problem is the first step toward recovery.” Taking responsibility meant I was on my way to changing and with it, over time, came many benefits.

Initially, how did people react to the news?

The news raced like wildfire. The first time I went back to church, I was certain that every woman would hate my guts. Instead, I found the situation quite different. Everywhere I went, I found that when I confessed the wrong I had done, people didn’t reject me. They encouraged me.

Some went way too far and blamed Sherry for causing the family breakup. It was a new experience to defend my wife for leaving me and to explain that it was my fault entirely.

Of course, I kept meeting people who hadn’t heard the news yet. To be true to the path of healing, I learned I needed to tell the truth. Every time.

“A man’s pride will bring him low, but a humble spirit will obtain honor.”

When I admitted my wrongdoing, as hurtful as it was, I was stepping toward a transformed heart and life. The pain of facing my problems was far less than the pain of holding onto my pride, fear, pain, and anger.

What gave me hope, in the emotional darkness of my life, was that I am loved.

Loved? How do you mean?

Despite the truth that I had driven my wife to reject me, I knew a more important truth: God loved me. And he had the ability to transform the world that I had ruined. The gospel was true, after all!

I came to believe that God was working for my good. He didn’t want me angry and dominating my wife and children. He wanted me changed and he had not given up on me. My life was not over and I was not alone in the dark. I had no idea how long it would take. Often I asked God if anything good was happening, but deep inside I sensed hope.

In time, I recognized that Sherry is the greatest venue for positive transformation of my life. Always. If I will listen. The result of learning to love Sherry brought healing to her heart and reconciliation in our relationship. The result of realizing God loved me transformed my life. This is the miracle I live with every day.

If you are an angry Christian leader, I plead with you to do the one act that no one else can do for you. Be willing to change.

David Sanford coaches Christian leaders passionate about demonstrating the relevance of Jesus Christ in every major sphere of life. His book and Bible projects have been published by Zondervan, Tyndale, Thomas Nelson, Doubleday, and Amazon. His speaking engagements have ranged everywhere from UC Berkeley (CA) to The Billy Graham Center at the Cove (NC).

If you are a Christian nonprofit leader,  you don’t need to go it alone. Today you can join the Christian Leadership Alliance community of leaders who share your purpose and are willing to share what they know to help you grow.

Become a member of the Alliance and you will grow professionally, develop valuable relationships, and receive the encouragement you need to stay the course and keep on going!