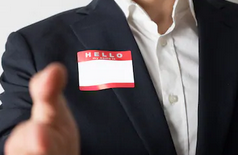 Russell James, Ph.D. at Texas Tech University has recently completed the first-ever study of the Effectiveness of Fundraiser Job Titles.

His findings should give any Christian organization’s Development or Advancement staff reason to pause and, perhaps, move away from organization-centered titles to more donor-focused titles… his research shows that titles DO matter.

Dr. James surveyed 3,188 respondents to test 63 fundraising-related job titles and found that in the past, some organizations may have feared using words like donor or fundraising instead opting for terms like Development or Advancement. Now, however, the beliefs, attitudes, and values that supported these obscure titles are outmoded and rapidly becoming ineffective as Christian organizations must work to transform themselves in the 21st century to ensure sustainability.

Development & Advancement Titles are all about you & NOT the Donor! Measured by which person donors would be more likely to contact to discuss donating, the worst-performing titles were the traditional organization-focused fundraiser job titles, in particular, those using “advancement” or “development.”

His survey showed that traditional organization-focused job titles are both the most commonly used and the worst-performing. Christian leadership may do well to consider the donor’s perspective when selecting job titles for fundraising staff rather than following traditional practices leftover from the 1920s.

Dr. James noted, “The term development is most commonly used interchangeably with fundraising today. However, the use of the term ‘development originated at Northwestern University in the 1920s and had a broad meaning that encompassed a variety of institutional objectives.”

Similar to the history of the term development, advancement originated from university fundraisers at the 1958 Greenbrier Conference. The original conference documents show that this conference concerned itself with the internal mechanisms of the college or university, not its relationship with the rest of society, e.g. donors. Although organization-focused job titles remain common, philanthropy has or should move toward the more successful donor-driven approach to fundraising.

Being Donor-Driven means working to earn the right to help the donor practice their faith beliefs or fulfill their Christian values or carry on their religious family tradition by making an investment in the mission of your organization. All philanthropic efforts are about the donor… but what is YOUR title?

The job title generating the lowest overall likelihood of donor contact among all 63 tested was “Director of Advancement” and ALL titles containing the words development or advancement were found in the 10 worst-performing titles.

The top three performing titles included “donor” and all referenced a positive benefit for the donor, i.e. guidance, advising. The bottom line is that all types and sizes of Christian organizations, ministries and churches now have research that shows titles DO matter and changing job titles alone to more gift-centered will enhance donor perceptions.

Most important, however, is that IF your fundraising function is nonexistent, under-performing or even doing well, this study might be an interesting conversation starter at your next Staff or Board meeting.

John Curtis, Ph.D. is a fundraising specialist with 30+ years of experience providing fundraising and capacity building services to faith-based organizations.

This is your last week  to take full advantage of current early registration savings for The Outcomes Conference 2020.

If you are a member of Christian Leadership Alliance, then you can take advantage of this savings PLUS if you register four leaders to attend at the same time, you’ll get a fifth registration FREE.

Time to get you and your team registered before August 31, 2019!