The Meaning of Allegiance By Andrea Leigh Capuyan 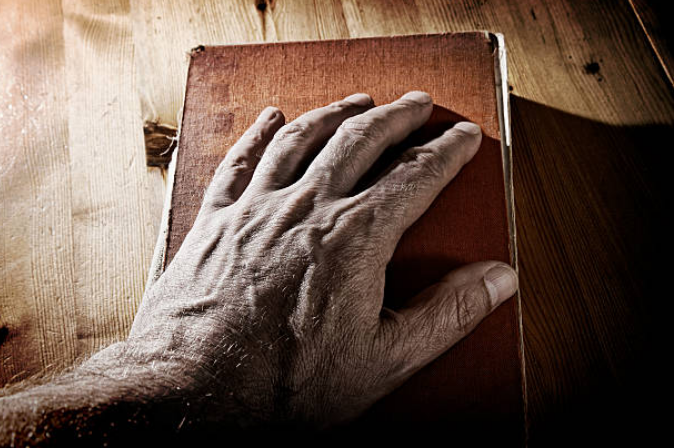 A steward leader’s activity must be rooted in their attention and allegiance to their owner. Our owner guides the direction of a steward’s service to others. The question of allegiance is central to the very definition of a steward because we must answer who owns us. The King and His Kingdom supersedes our interests and personal empire. We must shift from self-rule and self-sufficiency to the reign of “One who is higher than I.”

My husband and I enjoy listening to a podcast about British history. The host takes the listener on a journey back to Britannia’s founding against the backdrop of prehistoric practices and landscapes. In one episode he took time to describe the nature of feasting among ancient tribal kingdoms.  As I listened, I wondered and imagined the possible parallels with kingdoms and feasting in Scripture. For these ancient kings a feast became a call to fidelity and a display of provision. Practices which are foreign to my modern mind yet shape an approach to steward leadership that answers my needs for today.

A Call to Fidelity

We cannot escape that participation in the kingdom begins with an oath of loyalty. Allegiance is the bedrock of trust. Bending one’s knee in fidelity to the king transforms surrender to service. Resistance gives way to reliance. The feast becomes a public declaration where one doesn’t just lay down arms – PEACE is celebrated. Revelry and feasting inaugurate the rule of the new king and his abundant Kingdom.

To adopt a steward mindset as a leader in God’s Kingdom we begin by kneeling and pledging fidelity to God, our Ruler, Authority, and King. We become His citizen and declare alliance with Him. Committing our allegiance is not easy feat. It does not come without risk. Often faith is all we have, choosing to believe the One who was once our Enemy is now truly our Defender and Friend. Trusting that God is a good King and the peace He gives is greater and deeper than a truce.

Our loyalty will be tested by competing interests. These can be subtle and deceiving and often they are birthed from our own hearts. They divide our loyalties. In an effort to expand God’s Kingdom we begin to vie for personal power, attention, and fame. We feed dependency on our leadership and demand our seal of approval rather than foster mutual accountability and cultivate personal responsibility. And suddenly we are Lancelot. Even though he swore to protect others in the king’s care, he wooed other’s affection away from their loving king. This steward, confidant, follower becomes… a traitor. It is a trap where we can find ourselves, especially under the “bright lights” of celebrity culture.

There is a video game where one of the characters, a knight, often bemoans his wartime injury, ‘taking an arrow to the knee.’ How often are the knights of the Kingdom the wounded ones? We come to the feast as broken stewards. The invitation to bend our bruised knees will hurt because we kneel from a place of weakness. And here God’s Kingdom surpasses all legends and stories of human kings and feasts. God, our Master and King bent His knee first. He emptied Himself of power, privilege, and provision to end the war. He is the King who is known by His scars. And He is the King who is a healer. Your brokenness does not scare Him. You are not disqualified. You are not an imposter. You are no longer an enemy. You are an ambassador. In your brokenness, you display who He is.

As you open your inbox today or go about your daily duties of ministry life, I invite you to reflect on the question of your allegiance.

The feasting table is set and a kingdom call resounds. Our King made the way. The war is ended. Coming celebrate His peace. You are invited to come, to kneel, and to enjoy His good reign.

Andrea Leigh Capuyan is the Executive Director of Laurel Pregnancy Center. Andrea holds a Master’s degree in Organizational Leadership from York College. She is a Credentialed Christian Nonprofit Leader with Christian Leadership Alliance and a Certified Nonprofit Accounting Professional.