The Stories We Tell By Mark L. Vincent 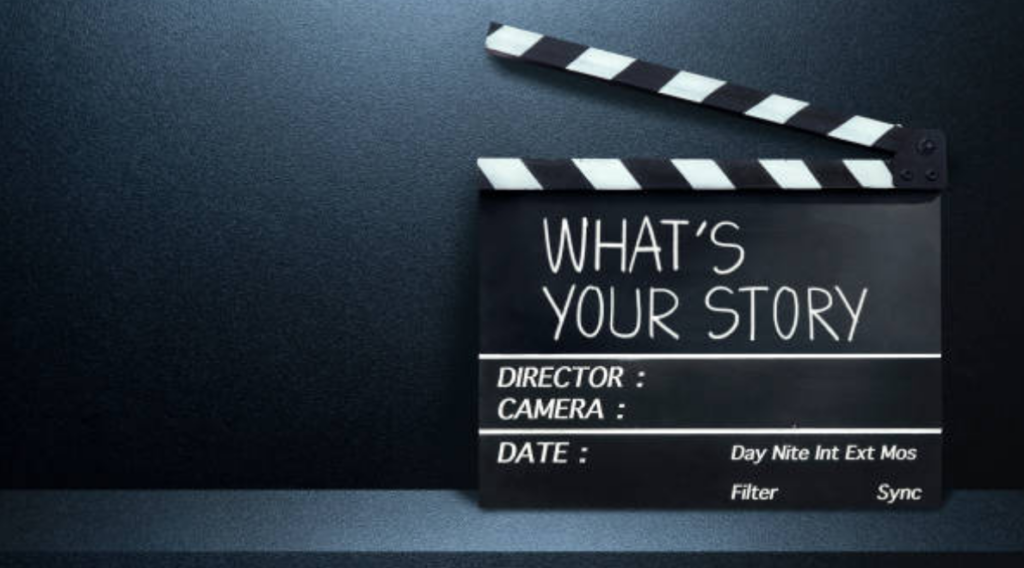 What are the stories you tell?

It is true that powerful stories can reveal much about you and your organization What kind of stories are you telling?.

Twenty years ago, a graduate school professor pulled me aside at a Green Lake Conference Center event. Conversations were happening in a flurry as they often do between main stage sessions, so I did not catch his name or institution. What he told me remains, however, because it was so crystallized and so simple. I’ve sure made good use of what he said. Over and over and for many years.

He said he and his colleagues researched the types of stories people tell about their organizations. They hypothesized that listening to the kind of story told provides an early and accurate indication of organizational health. Getting this read is helpful for any of us newly appointed to lead an organization or invited in to consult or facilitate.

Their research specifically focused on congregations and was ultimately distilled into three types of stories.

As they conducted their research, they asked congregational leaders where they saw God at work. It was the only question they would ask. Then they would listen to and catalog the stories told in response. Before going further, let’s note we can adjust this leading question to suit any organizational type. The question, “Where do you see the mission at work?” is just as effective.

You ask where God is at work, and you are told stories about God at work. Or, you ask about the organization’s mission at work, and the mission is recited and illustrated.

You ask where God or the mission is seen. Rather than God getting the credit or illustrating how the mission is accomplished, you are told stories of programs where the organization invests and what it takes to keep those programs going.

You ask where God is working or where the mission is visible, and you are told stories about Founders or matriarch/patriarchs who haunt the hallways.

Read back through these types of stories, and you find good people talking about good things. There is no mal intent. And yet, you can see the decline from active mission engagement to the mission as a programmatic structure to the mission that someone else once championed. The measure of mission effectiveness changes from the mission to follow through on someone else’s wishes — someone who isn’t even there anymore.

Back to the Conference

The man at the conference gave me a quick illustration before he moved on because someone else was waiting to speak with me. A declining congregation invited them to help as they tried to discern whether to continue or close. He and his colleagues asked,

“Where have you seen God at work?”

As the congregation told stories, they spoke of vibrant programs of yesteryear that were led by people no longer there, several of the deceased. At the end of their meeting, one of the leaders approached this man to say that after this conversation, he had concluded it was time for them to close “because we cannot say that thing that you said.” Even when recognizing that he and the people of his congregation had no God at work stories to tell, this church leader could not directly speak of the Deity.

I’ve led off new client consultations with this same question for more than twenty years since I first learned of this.

This simple question always provides a revealing window into the organization’s vitality. Even more, a lot of crazy procedural stuff gets fixed if an organization’s leadership realizes that the very heart of the organization no longer pumps missional blood, and they take steps to address it.

I also find this question of particular use when working with Founders and long-time CEOs who are concerned that those they are trying to bring up behind them will not carry the organization forward successfully at the point they step away. Let’s be astute and observe that they are already approaching the consultation with a people story! They have good reason to worry!

If the Founder or successful CEO cannot point to the mission’s effectiveness but is stuck in the program and people, the wave of infectiousness that brought the organization into being or gave it greater reach has passed. They have to do the work to re-ignite the mission if they want to align a specific vision, a guiding value set, and a brilliant strategy with lagging indicators that mean something.

Give this question a try, listen to the stories, and see what they reveal for you and those you serve.

Mark L. Vincent  is the Founder of Design Group International and the Society for Process Consulting. He hosts the Third Turn Podcast and facilitates Maestro-level leaders.

What is a Maestro-level Leader?

It is a  four-year peer-based leadership journey to explore, map, and implement what succession, sustained organizational success, and legacy look like in each leader’s unique life and organizational context.

It is for organizational leaders/founders who know it’s time to not only think about but actually plan for succession, and who want to approach What’s Next with a broader lens–planning for a new season of growth, value, impact, and significance for themselves, their successor, and the organization as a whole. Leaders who believe that fostering the success of their successors and building (versus eroding) value are non-negotiable for their transition and leadership legacy.

The Maestro-level leadership experience is available to Christian Leadership Alliance CEO’s at a special member rate.

Ready to Overcome the Obstacles? 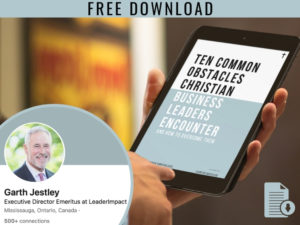 “From personal experience in business leadership, I’ve identified 10 false beliefs frequently held by Christian business leaders, often subconsciously. 10 Common Obstacles Christian Business Leaders Encounter and How to Overcome Them offers a side-by-side comparison of those false beliefs and the reality of God’s perspective about you and what you do.” – Garth Jestley