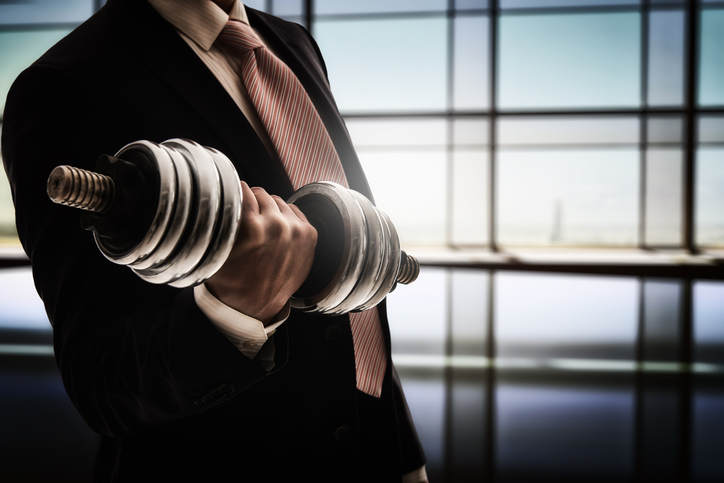 What does it mean to be a Strong Leader?

Being a “strong leader” is deeply misunderstood in today’s world. We live in a unique historical moment in which autocratic-style leaders have risen to power in many nations. Regardless of their diverse paths to power, these leaders similarly view leadership strength as the unbridled exercise of power.

The Cambridge dictionary defines an autocrat as “a ruler with unlimited power, or someone who demands that people completely obey them.” Whether or not a leader truly has such “unlimited” power, the pursuit of that power and the belief that it defines leadership strength is deeply troubling.

Sadly, Christians sometimes fail to speak out against this distorted view of leadership strength because they embrace a false dichotomy between secular and sacred spheres. They tout biblically-based leadership models like “Steward Leadership” or “Servant Leadership” for those inside the four walls of ministry, but hesitate to apply those same biblical truths to secular leadership. The problem with that bifurcated approach is that following an unbiblical leadership philosophy causes profound damage in any sphere. Biblical truths about good leadership hold for both ministry and secular leaders.

One of the weaknesses of autocratic-style leaders is that they are self-serving and rarely seek or follow the counsel of others. Scripture warns of this danger: “For lack of guidance a nation falls, but victory is won through many advisers.” (Prov. 11:14)

“When we’re hypnotized by false pride, we promote ourselves by being boastful, taking too much credit, showing off, doing all the talking and demanding attention.”

A Response to Autocratic Leadership

In his book The Last Republicans (HarperCollins, 2017), author and presidential historian Mark Updegrove shares that amid the moral carnage of our nation’s Watergate moment, George H.W. Bush, who then served as Chairman of the Republican National Committee (RNC), was deeply troubled by the behavior of his Party’s President Richard Nixon. Bush penned a letter to his sons which captured his feelings. In it, he said in part:

“Listen to your conscience. Don’t be afraid not to join the mob—if you feel inside it’s wrong. In judging your President, give him credit for enormous achievements … but understand too that the power accompanied by arrogance is very dangerous. It’s particularly dangerous when men with no real experience have it—for they can abuse our great institutions… Don’t assign away your judgment to achieve power.”

Those wise insights take me back to my time working in the RNC communications office in the early 1990’s. There I learned how then President George H.W. Bush disliked the use of personal pronouns such as “I,” “me” or “my” in describing his Administration’s achievements. He was passionate about deflecting praise and sharing credit. What a stark contrast to the “I,” “me” and “my” obsessed Twitterverse occupied by today’s celebrity leaders. Bush’s warning about the danger of coupling power and arrogance still resonates.

A Better Path to Leadership Strength

There is a better way to be strong as a leader. It is the biblical path of humble yet bold leadership rooted in faith in God.

In his thought-provoking book on this subject Strong and Weak: Embracing a Life of Love, Risk & True Flourishing (InterVarsity Press, 2016) author Andy Crouch says real leadership is both strong and weak. Crouch says:

“Leadership does not begin with a title or a position. It begins the moment you are concerned more about others’ flourishing than you are about your own.”

“build others up by giving away power. They delight in the success of those around them. They absorb criticism with dignity and deflect praise with joy.”

Truly strong leaders invite counsel, accept criticism and elevate others. They reject autocratic impulse, give away power, and humbly submit to God. May we seek to lead that way, and encourage such leadership in all the spheres of influence.

W. Scott Brown is vice president for leadership experiences and resources for Christian Leadership Alliance. He also serves as the editor-in-chief for Outcomes magazine, and Outcomes Online eNewsletter. Scott received a M.A. in Communications: Journalism/Public Affairs from The American University, a M.A. in Liberal Arts from St. John’s College, and a B.S. from Liberty University.

Members of Christian Leadership Alliance – it’s time exercise your Member Advantage! Register four leaders at one time and you earn a fifth registration FREE. This advantage applies to early registration rates, too. Bring your team and become leader strong!