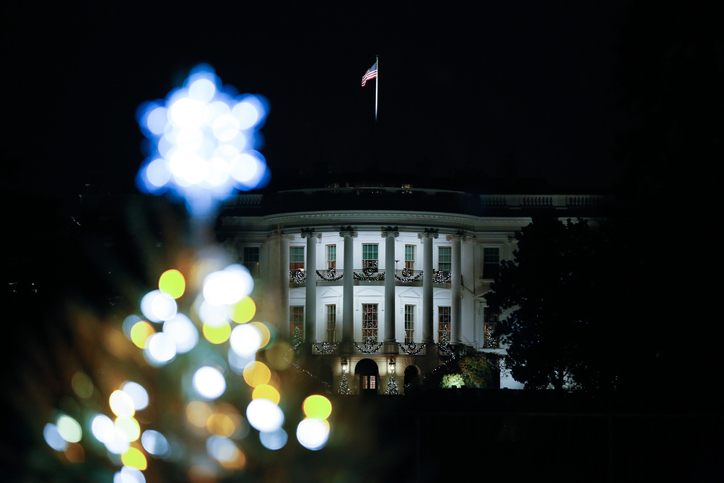 A POINT OF LIGHT: A TRIBUTE TO PRESIDENT GEORGE H.W. BUSH

Our nation lost a statesman, distinguished leader and a point of light on Nov. 30, 2018. President George H.W. Bush was a leader who embraced humility, always avoiding discussion of his “legacy,” but who nonetheless left behind a leadership legacy of dignity, grace, integrity, courage and kindness.

The tone of his presidency was set from day one. On Jan. 20, 1989 as President George H.W. Bush delivered an inspiring inaugural address to the nation, he began with a heartfelt prayer on the proper use of power.

“We meet on democracy’s front porch. A good place to talk as neighbors and as friends. For this is a day when our nation is made whole, when our differences, for a moment are suspended. And my first act as President is a prayer. I ask you to bow your heads.

Heavenly Father, we bow our heads and thank You for Your love. Accept our thanks for the peace that yields this day and the shared faith that makes its continuance likely. Make us strong to do Your work, willing to heed and hear Your will, and write on our hearts these words: “Use power to help people.” For we are given power not to advance our own purposes, nor to make a great show in the world, nor a name. There is but one just use of power, and it is to serve people. Help us remember, Lord. Amen.”

His presidency offered opportunities to do just that. Though he came to the office with stronger credentials than most of his predecessors, Bush deflected praise and accepted criticism. He wisely presided over the post-Cold War period, and successfully led our nation through the first Gulf War. His ability to humbly listen to others and collaboratively build international alliances was pivotal to his success. Bush was also a man who deeply loved his family. He ultimately saw one son become president, and another become Governor of Florida.

On Tues., Dec. 4, I waited in line for hours with fellow Americans to pay respects for President Bush as he was lying in state in the rotunda of the U.S. Capitol. It gave opportunity to reflect on ways my life intersected with his presidency.

On May 12, 1990 President Bush delivered the commencement address as I graduated from Liberty University. I was inspired by his speech on volunteerism.

That echoed his inaugural address in which he said: “I have spoken of a Thousand Points of Light, of all the community organizations that are spread like stars throughout the Nation, doing good. We will work hand in hand, encouraging, sometimes leading, sometimes being led, rewarding.”

Like many of my peers, after graduating from college, I moved to Washington, D.C. passionate to follow Bush’s call to “use power to help people.” As a young writer for the Republican National Committee, I learned of his humility. He always eschewed use of personal pronouns such as “I” or “my” when referring to aspects of his presidency.

The opportunity to attend some White House “South Lawn” ceremonies for foreign heads of state presided over by President Bush was inspiring. I was also able to attend his 1992 announcement of his candidacy for re-election. Later I served as a writer in the communications office for the 1992 Republican National Convention in Houston at which Bush was nominated for re-election. His gracious leadership style impacted me as a young person.

Graceful in Victory or Loss

Of-course Bush didn’t win that race for re-election. For him it was a devastating loss to Democratic rival Bill Clinton. But he will always be remembered for the grace with which he dealt with such a setback.

Former President Bill Clinton wrote a Washington Post editorial on Dec. 1, 2018 about an encouraging handwritten note President Bush left behind for him.

Bush’s note said in part: “You will be our President when you read this note. I wish you well. I wish your family well. Your success now is our country’s success. I am rooting hard for you.”

Clinton said the words in that note revealed the heart of who Bush was, adding: “He was an honorable, gracious and decent man who believed in the United States, our Constitution, our institutions and our shared future.”

After his presidency, George and Barbara Bush created the “Points of Light” foundation to continue their passion for volunteerism. Through his own life, leadership and service, Bush was a point of light who shone brightly for our nation.

Let us all continue to be “points of light” as we represent the “Light of the World” Jesus Christ, ministering to those in need in our world today. As leaders, may we embody the humility, dignity, grace, integrity, courage and kindness exemplified by former President George H.W. Bush.

Scott Brown  is vice president for leadership experiences and resources for Christian Leadership Alliance. He also serves as the editor for Outcomes magazine, and Outcomes Online eNewsletter. He formerly served as a writer for the RNC, and as a legislative adviser to members of the U.S. Congress.

Register for the Outcomes Academy Online for the heart-changing “Lead Like Jesus” module this Winter! It will be facilitated by Lead Like Jesus president and CEO Phyllis Hennecy Hendry, and will set your 2019 off to a great start. You’ll learn what is needed to develop the heart, head, hands and habits of a great leader with Jesus as the model.